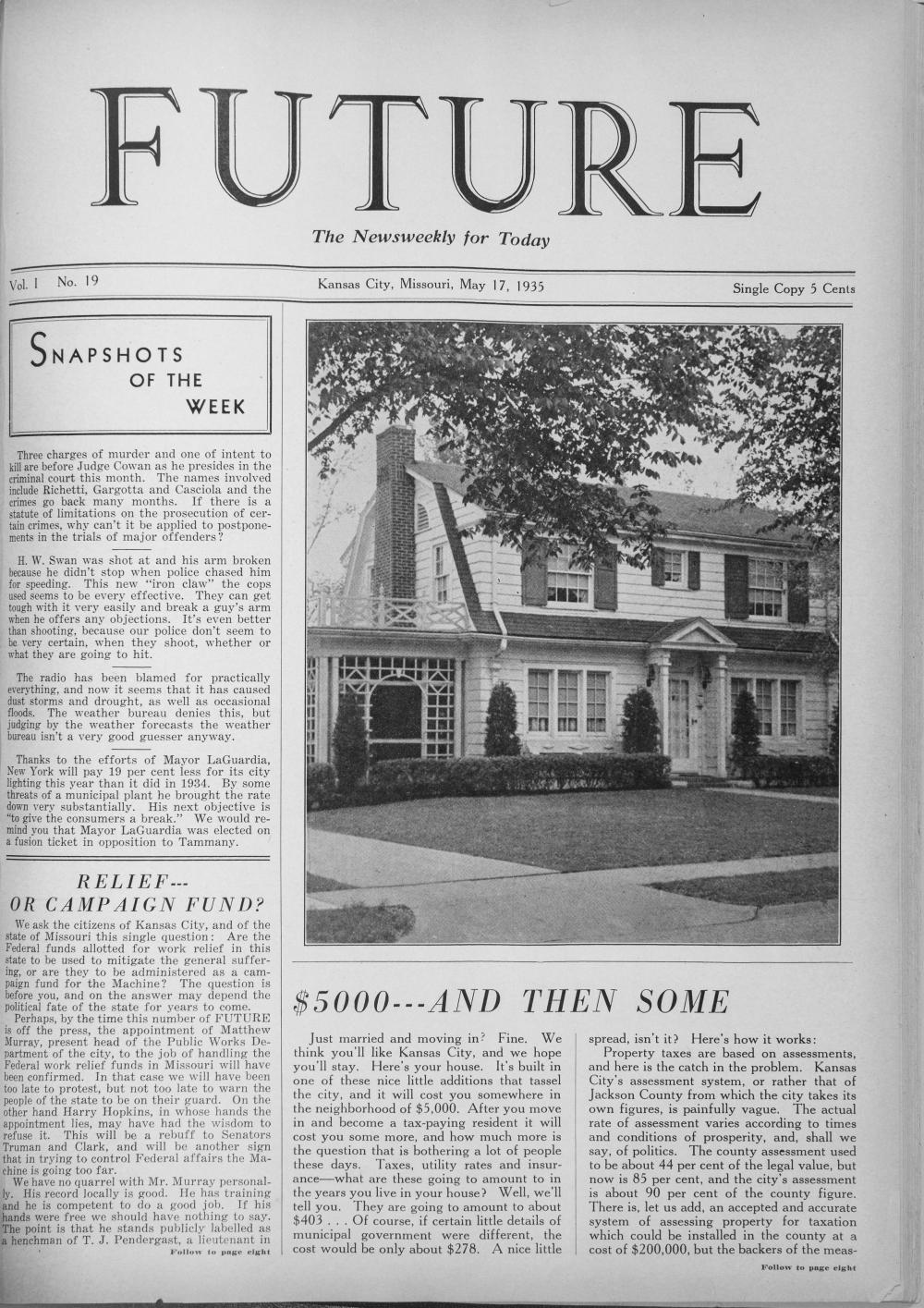 Issue of the anti-corruption, Kansas City-based newspaper, Future: The Newsweekly for Today. The front page includes an article, continued on page 8, describing the inequality of property tax assessments throughout Jackson County and other costs of homeownership. Other featured articles include: “He Beats the Rap but You Take It” (p. 3), photo and article about the murder trial of Charles Gargotta, "rat-faced Pendergast political lieutenant and gangster" reportedly interrupted by Sheriff Thomas Bash in "a killing party on Armour boulevard and Forest avenue" on August 12, 1933, including details about the case and information about other Kansas Citians involved, including the following: "Ferris Anthon, a rival Fifteenth street bootlegger" allegedly killed in the shooting by Gargotta; Sammy Scola and Gus Fasone, "friends of Gargotta and fellow workers in the North Side Democratic club" killed by Bash; John Lazia, "North Side gangster king" and owner of the Gargotta Buick; and presiding judge Merrill Otis, et al; “His Country Needs Him” (p. 4), article about Matthew Murray, "director of public works and a city hall protegee of Henry McElroy," recommended "to direct the expenditure of Missouri's share of the president's $4,880,000, 000 work relief fund" by "Senators Truman (Pendergast) and Clark of St. Louis"; and “May We Present George O. Pratt” (p. 5), photo and article about Pratt, local lawyer and associate director of the Regional Labor Relations Board; also included in the newspaper are advertisements for local businesses and articles on fashion, finance, cooking, music, art, and national and international news.