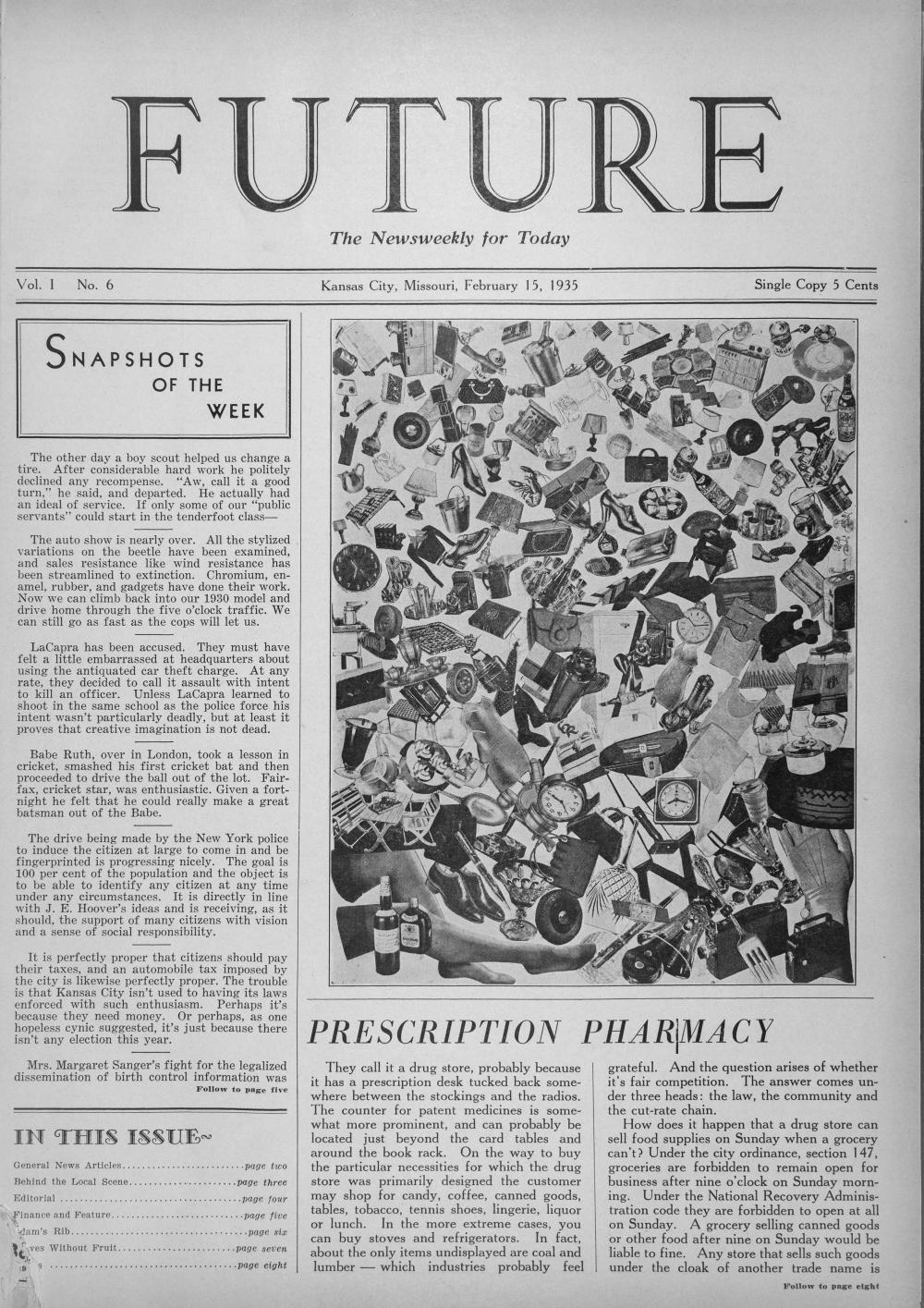 Issue of the anti-corruption, Kansas City-based newspaper, Future: The Newsweekly for Today. The front page includes an article, continued on page 8, about drugstores, such as the Katz chain, that now sell other goods such as groceries, liquor, and general merchandise, and how they evade laws limiting the days traditional grocery and liquor stores can remain open. Other featured articles include: “We’ve Got the Equipment” (p. 2), regarding new forensic investigation techniques touted by J. Edgar Hoover that are employed by the Kansas City Police Department, including ballistics tools and black lights, and references the investigation into the mysterious death of Roland T. Owen at the President Hotel; “Kansas City—The New Newport” (pp. 3 & 8), about semi-legal gambling saloons or "salons" at 39th and Main Street, including the Fortune Skill Ball Salon and the 2925 Club, as well as another near 31st and Troost Avenue; “Gag” (p. 4), photo and article about Joseph Shannon, federal representative from Missouri and former Jackson County machine politician for the Democratic Party, regarding gag rules; and “May We Present Margaret Hillias” (p. 5), a photo and biographical article about Margaret Hillias, an actress at the Little Theater and other local theater groups ("Blackfriars, the Provincials, the Resident, as well as some lesser organizations"), leaving Kansas City for New York City to follow in the footsteps of Jean Harlow, Joan Crawford, and Wallace Beery; also included in the newspaper are advertisements for local businesses and articles on fashion, finance, cooking, music, letters to the editor, and national and international news.