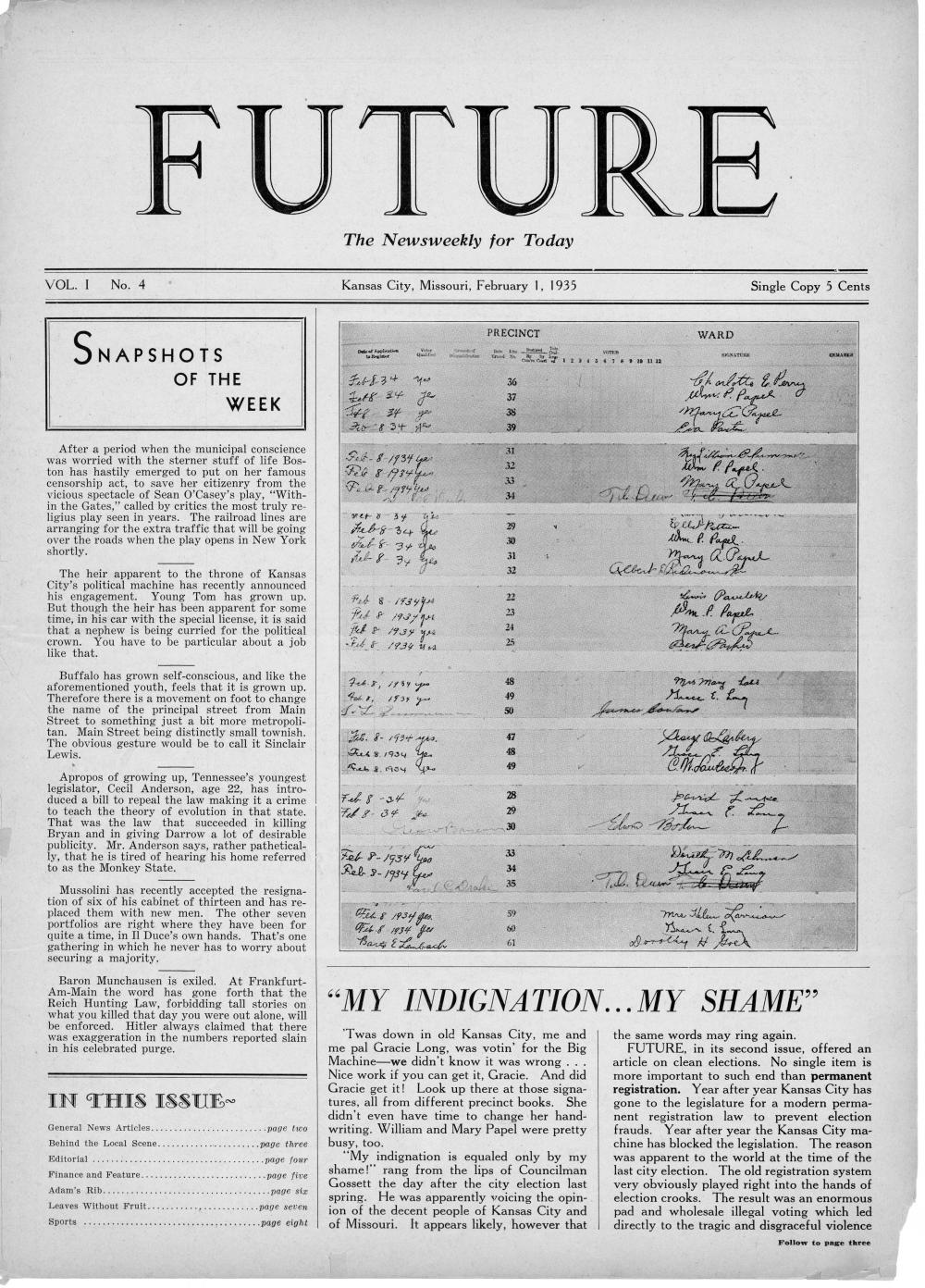 Issue of the anti-corruption, Kansas City-based newspaper, Future: The Newsweekly for Today. The front page includes an article, continued on pages 3 and 8, about the election frauds in Kansas City government, with a photo of fraudulent signatures in a precinct book and a photo of Gil Bourk, promoter of "permanent registration." Other featured articles include: “Missouri Valley Authority” (p. 2), about a proposed Missouri analog of the New Deal Tennessee Valley Authority; “Better Driving” (p. 2), a notice about the decrease in automobile-related deaths in Kansas City from 14 in 1934 to 5 in 1935; “Harlem Afternoon” (pp. 2 & 5), about the village of Harlem, Missouri, on the north side of the Missouri River across from Kansas City, including an interview of "Captain Kade," former pilot of the Annie Cade ferryboat during the 1903 flood; and “May We Present Mrs. Herbert V. Jones” (p. 5), a portrait and biographical article about Mrs. Herbert Jones, or Eleanor Jones, president of the Women's City Club at the Gate City Bank Building in 1921, president of the Consumers' League in 1922, president of the League of Women Voters in 1932, and general chairman of the Jackson County women's work committee in 1933; also included in the newspaper are advertisements for local businesses and articles on sports, fashion, finance, cooking, music, letters to the editor, and national and international news.