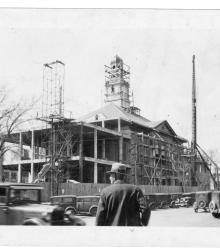 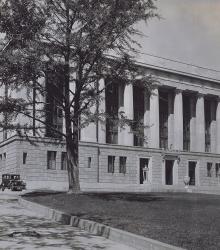 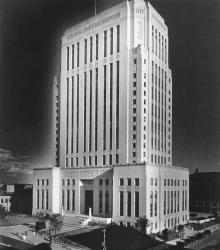 In the midst of the Great Depression, Kansas City experienced a building boom that produced buildings and improvements across the city, as well as a civic plaza in the heart of downtown.  The Jackson County Courthouse was one of several public-use buildings that kept Kansas City architects and construction workers employed while jobs elsewhere were impossible to find.