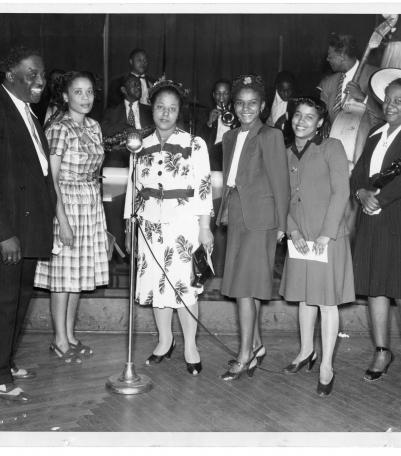 Chauncey Downs and five unidentified women behind a microphone with instrumentalists in the background. 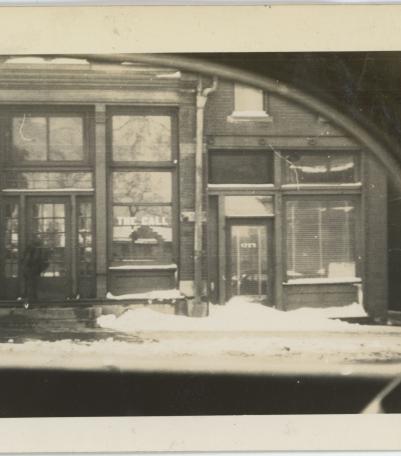 Photograph of the exterior of the Kansas City Call building that appears to have been taken from inside an automobile. 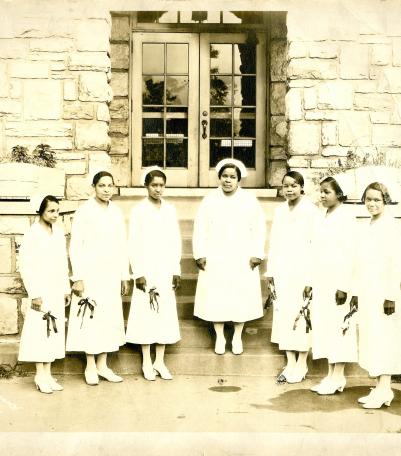 Photograph of nurses holding degrees outside of the main entrance to the Wheatley-Provident Hospital, located on the western side of Forest Avenue 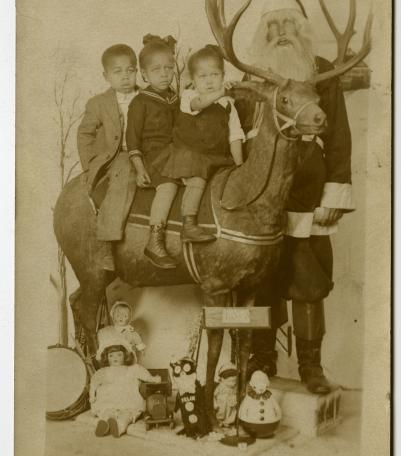 1926-1927 photograph of LeRoy Anthony, Thelma Anthony-Scott, and Ruby Anthony-Miller posed on an imitation reindeer during their visit with Santa C 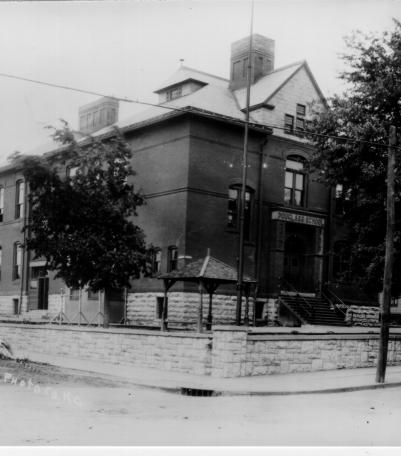 This photograph of Douglass School was taken looking northeast at the intersection of 27th Street and Jarboe Street (also known as W. Prospect Pl. 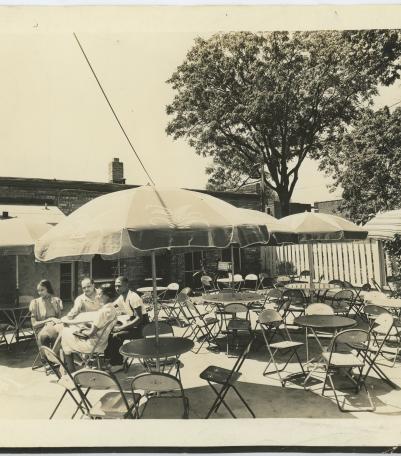 Photograph of an outside dining area behind Black Hawk Barbecue restaurant. 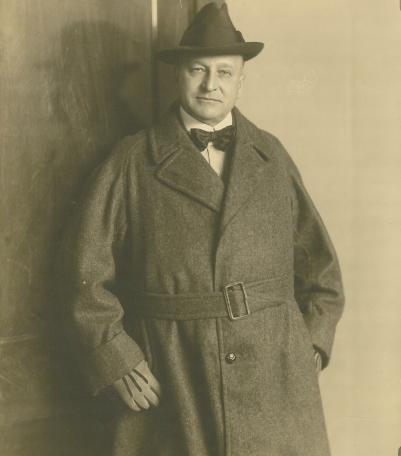 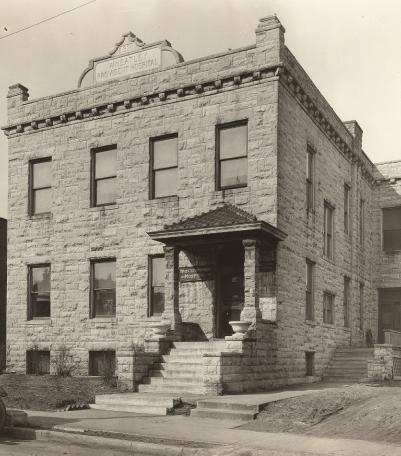 Photograph of the Wheatley-Provident Hospital, located on the western side of Forest Avenue between 18th Street and 19th Street in Kansas City, Mis 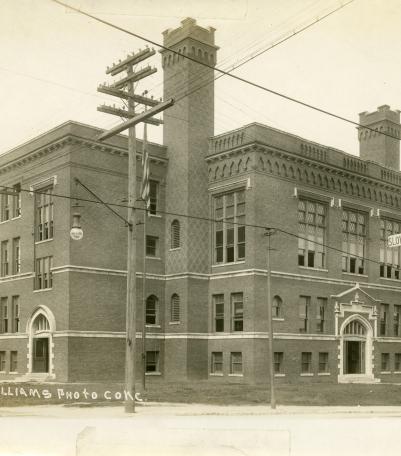 Photograph of the segregated Lincoln High School, once located at the northeast corner of Tracy Avenue and 19th Street in Kansas City, Missouri.

The Call Building and Streetscape 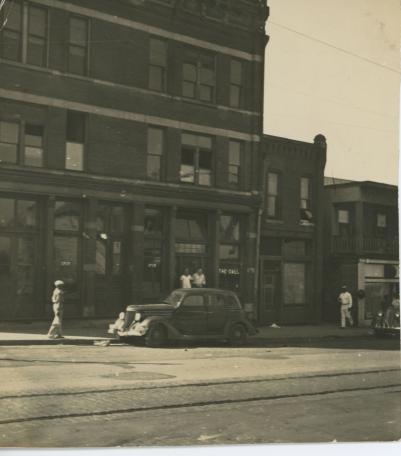 Undated photograph of the exterior of The Call newspaper's office on 18th Street, including the surrounding streetscape. 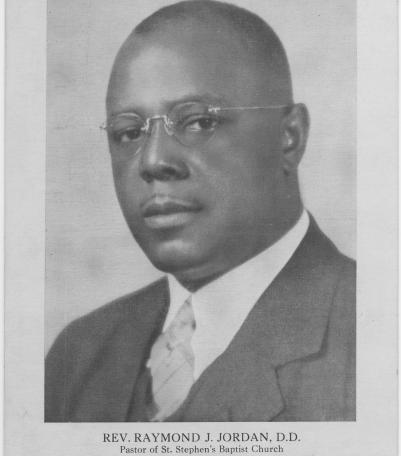 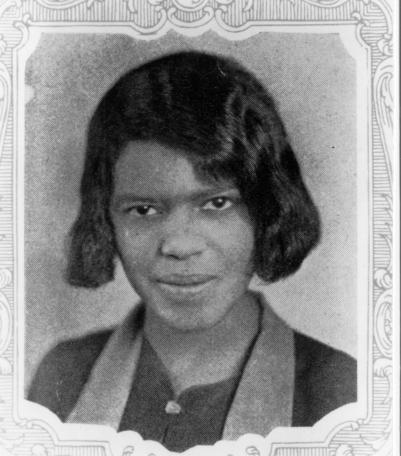 Chester Franklin Outside of The Call Building 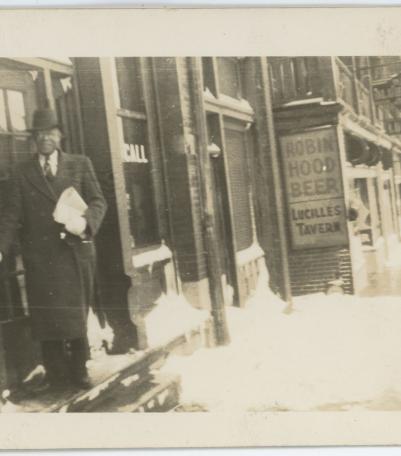 Photograph of Chester A. Franklin standing by the door of the Kansas City Call Building. 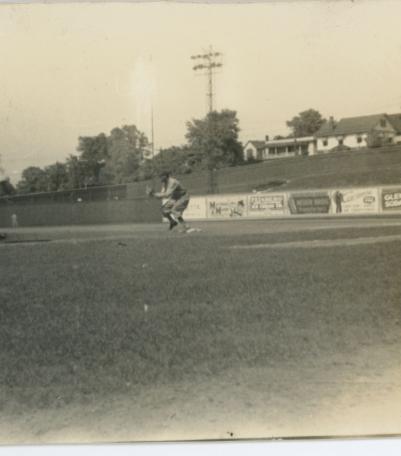 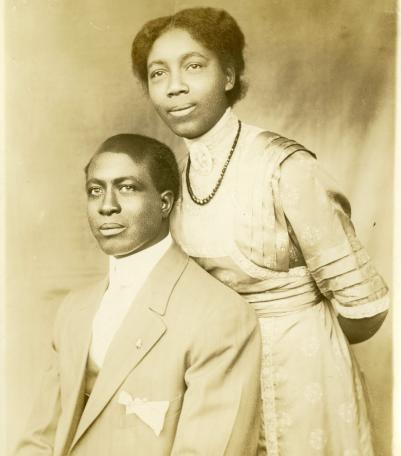 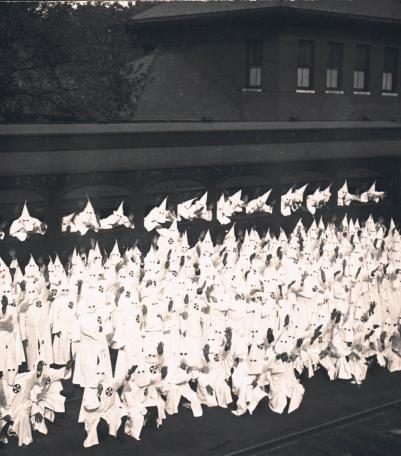