Woman in a Hammock 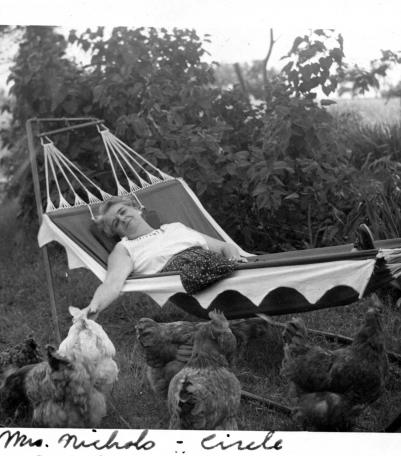 Photograph of a woman relaxing in a hammock, surrounded by a flock of chickens, at the Schultzel farm circa 1937. The woman, identified as Mrs. 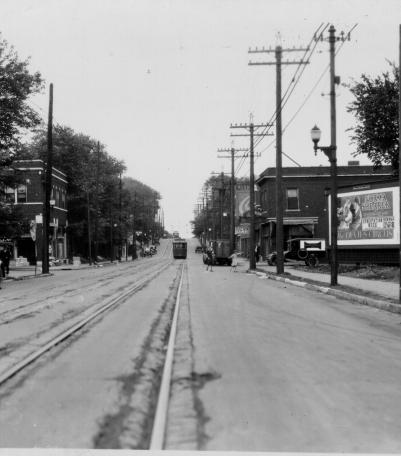 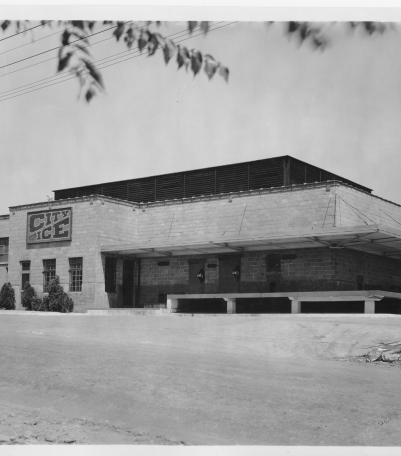 Circa 1930 photograph with full frontal and side view of City Ice Company of Kansas City, Plant No. 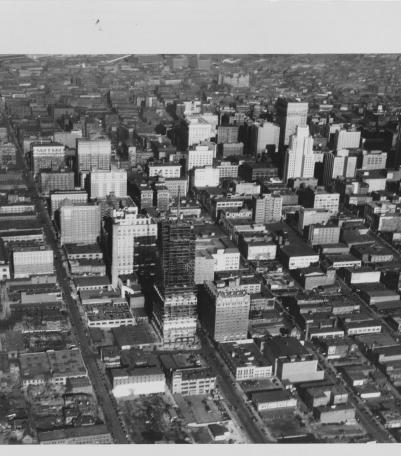 Circa 1930 photograph with an aerial view of downtown Kansas City looking north over near 15th and Wyandotte streets. 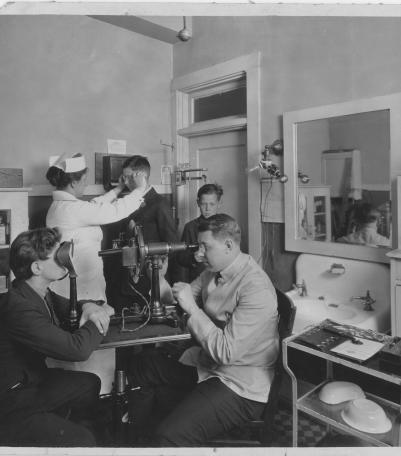 Photograph of three boys receiving eyecare at the medical office at the Boys Hotel at the southeast corner of Admiral Boulevard and Flora Avenue. 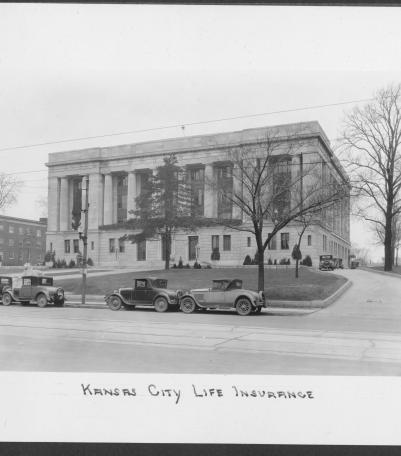 Circa 1928 photograph with frontal and side view of the Kansas City Life Insurance Company. 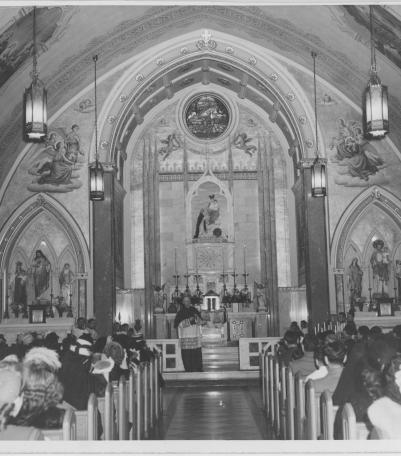 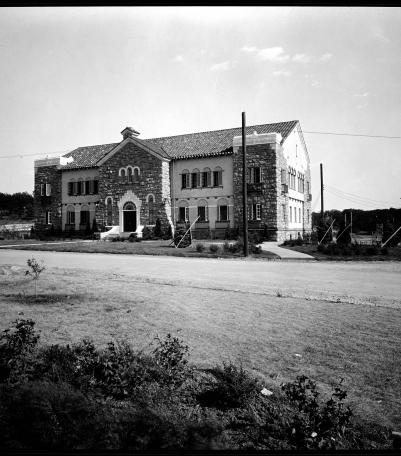 Photograph of the clubhouse building at Lake Quivira, looking south across Crescent Boulevard, in 1931 or 1932. 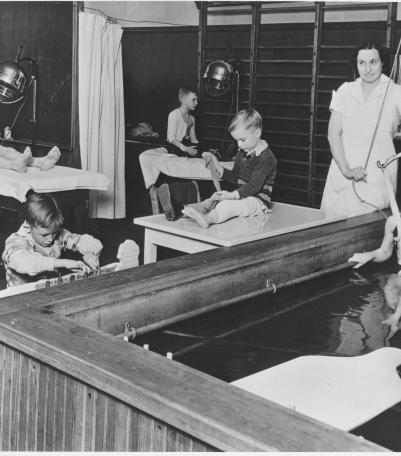 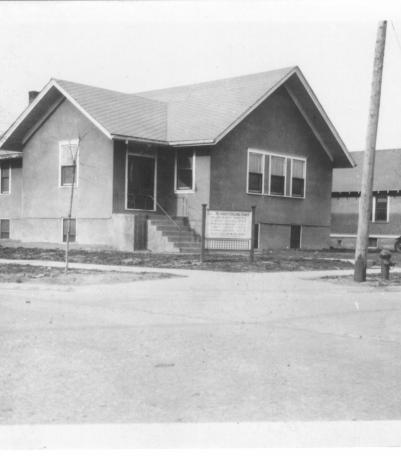 Circa 1925 photograph with full, street corner view of Quayle Methodist Episcopal Church located at the northeast corner of 21st and Iron streets i 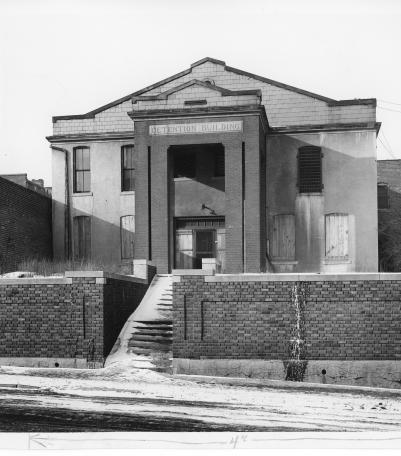 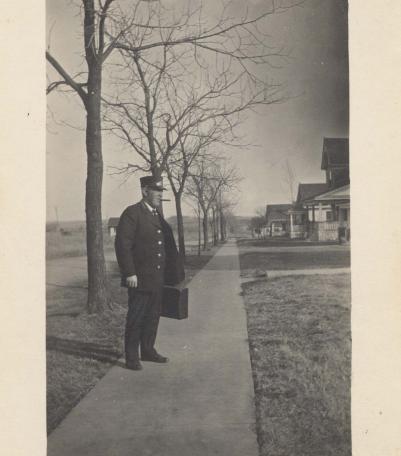 Photograph of Strang Line interurban railway conductor Leonidas "Lon" Cave, wearing his conductor's uniform, standing on the sidewalk in front of a 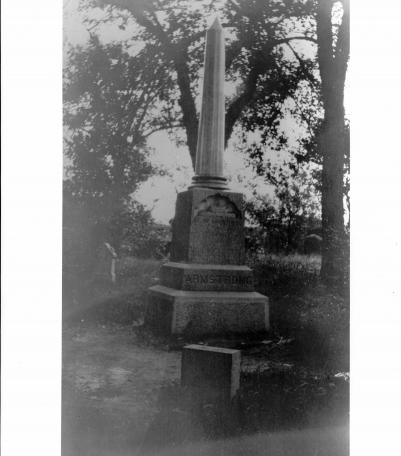 Photograph with view of large, obelisk tombstone with the name "Armstrong" engraved on it located in Huron Cemetery in downtown Kansas Ci 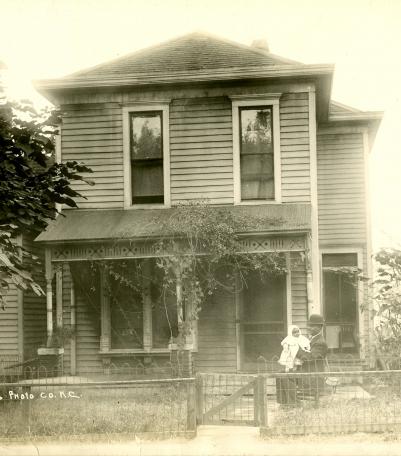 Photograph of the residence of J. H. Bryant, once located at 2316 Highland Avenue, Kansas City, Missouri.

Boys on Steps of Boys Hotel 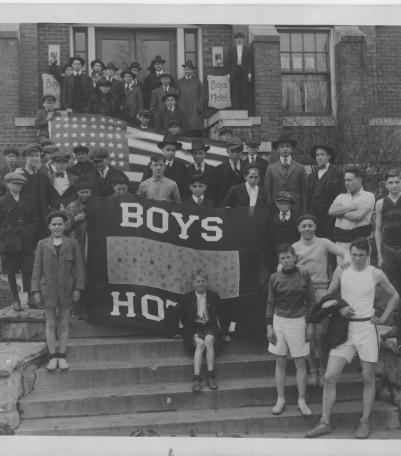 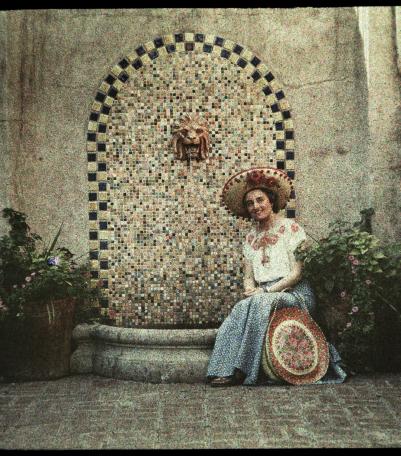 An autochrome photograph of women sitting by a fountain in the Country Club Plaza.