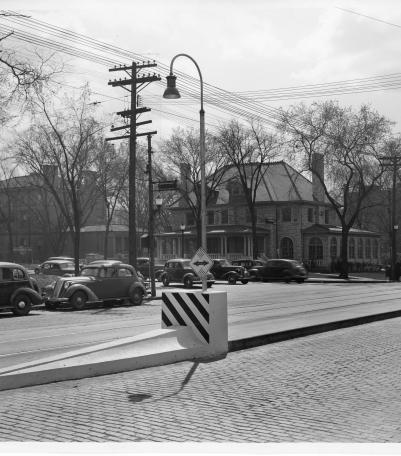 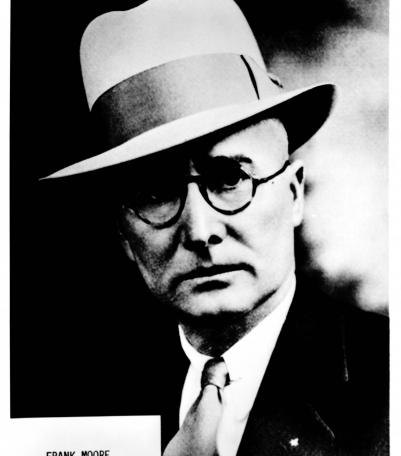 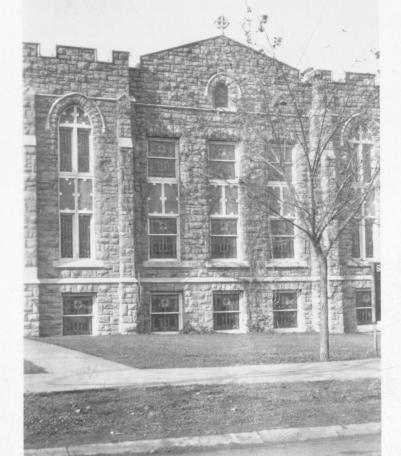 Circa 1925 photograph with partial front view of the Swope Park Christian Church located at the northwest corner of 62nd Street and Swope Parkway.< 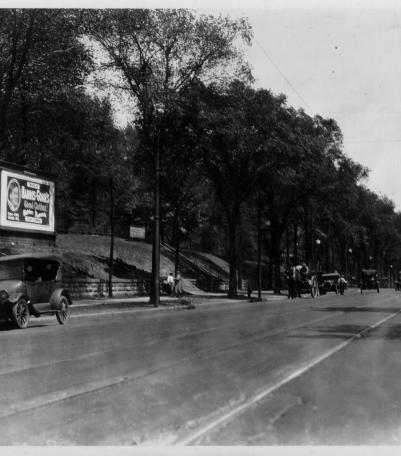 This photograph was taken looking east-northeast at the intersection of Maple Boulevard and Independence Avenue in Kansas City, Missouri. 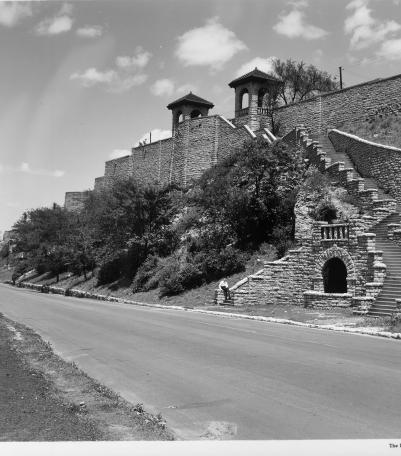 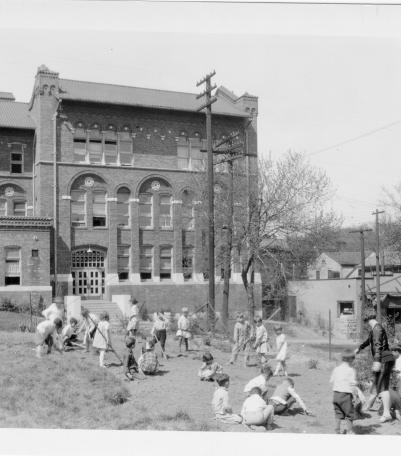 Photograph of first grade students working in a garden across the street from the Kansas City Teacher's College.

FFA Boy with Bulletin Board 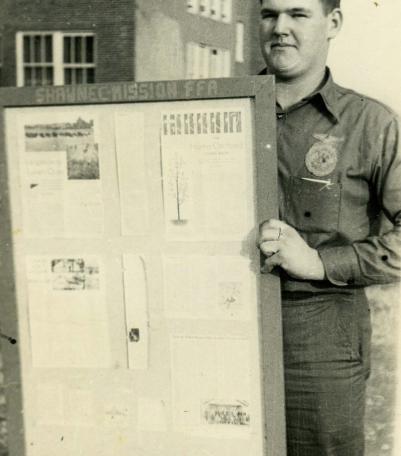 Photograph of Lawrence Zillhart, Future Farmers of America participant, holding a bulletin board outside Shawnee Mission Rural High School in 1940 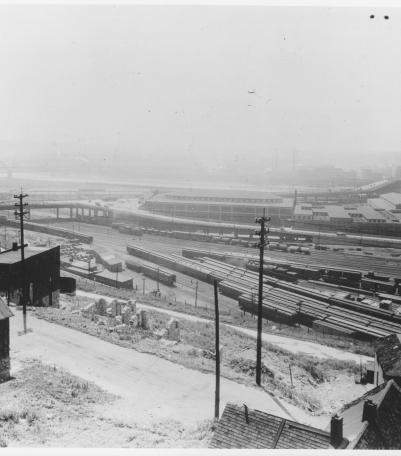 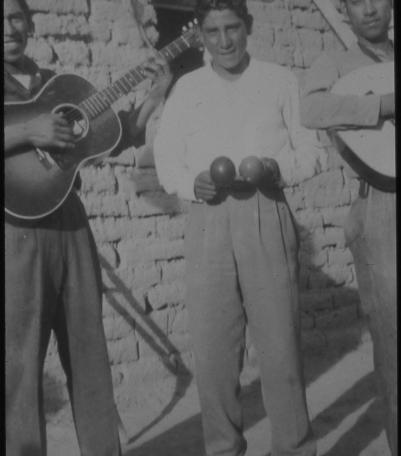 Undated photograph of unidentified men posing with musical instruments. The men are members of the Kansas City, Kansas, Mexican community. 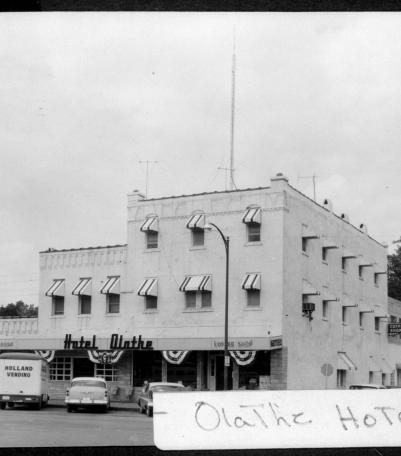 Photograph of the Hotel Olathe at 100 West Santa Fe Street in Olathe, Kansas, in the 1940s. 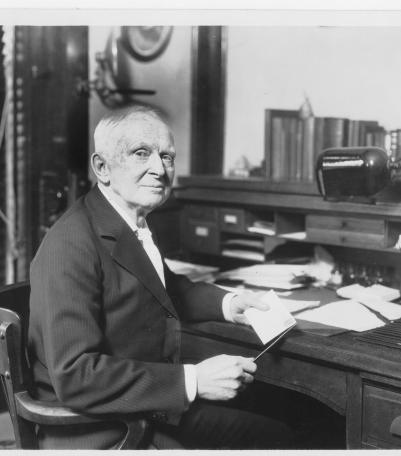 Photograph of Charles Fillmore seated at a desk. Fillmore was co-founder with his wife Myrtle of the Unity School of Christianity. 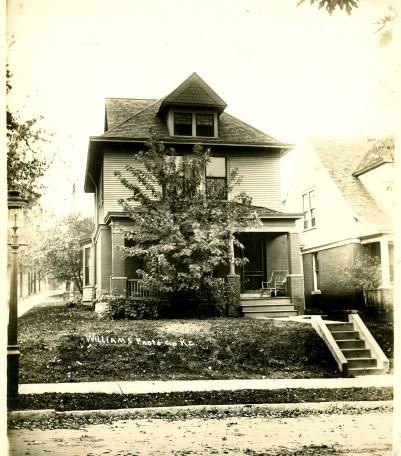 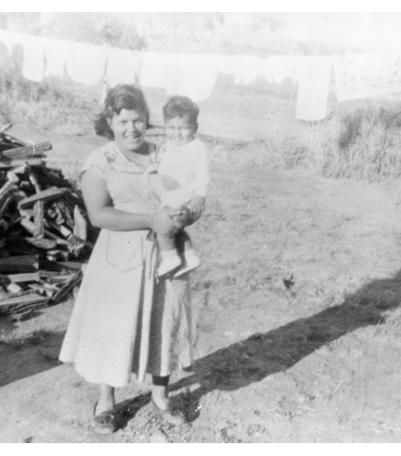 A woman and her child in the railyard area where they lived. 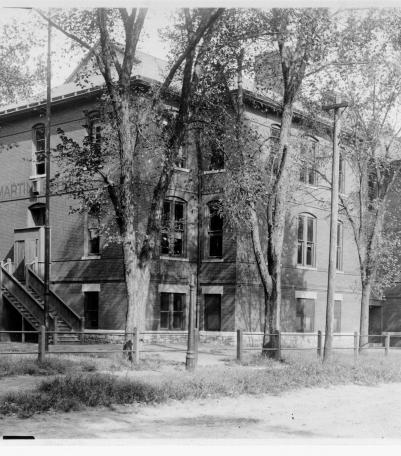 Photograph with an exterior, full street level view of Martin School. The school was named after school board member Judge Edward L. Martin. 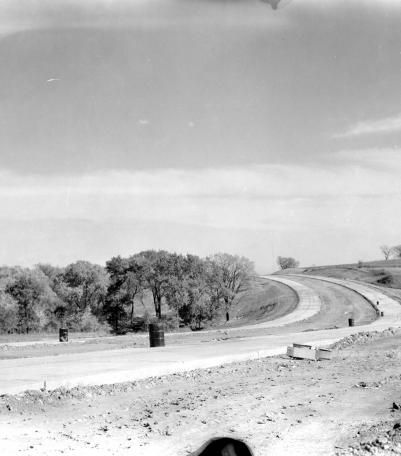 Photograph of a road under construction in the Countryside area, later Mission, Kansas, circa 1940. 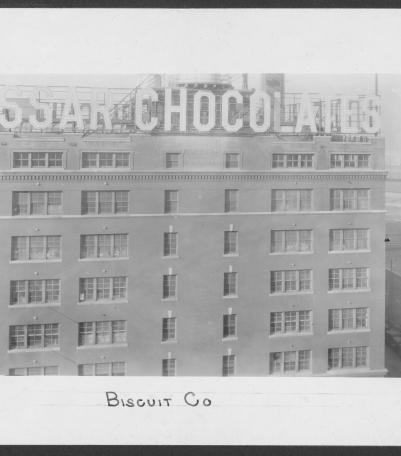 Circa 1928 photograph with partial side view of the Loose-Wiles Biscuit Company; once located at 1100 W. 8th Street.