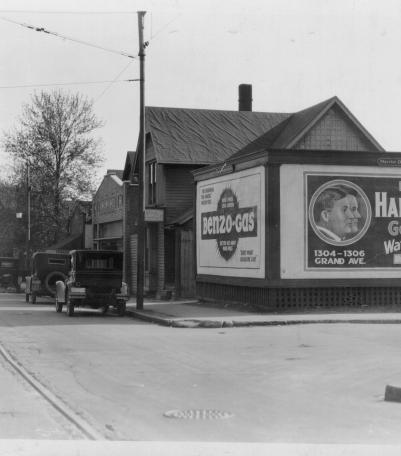 This photograph was taken looking south-southwest on the west side of the Troost Avenue and 17th Street intersection in Kansas City, Missouri. 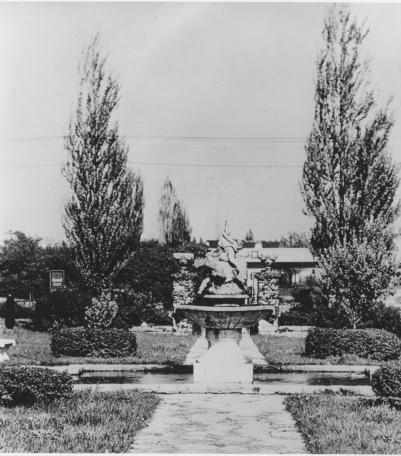 Photograph of Romanelli Fountain at the intersection of 69th Street, Edgevale Road, and Wornall Road. 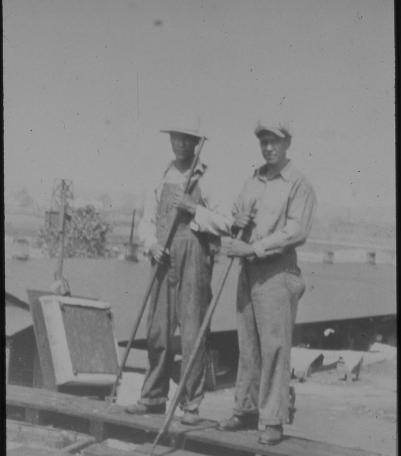 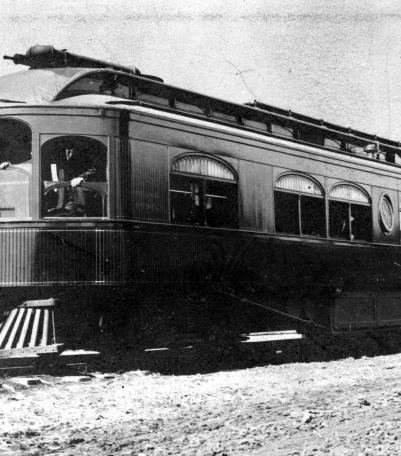 Photograph of a Missouri and Kansas Interurban Railway, also known as the Strang Line, car circa 1920. 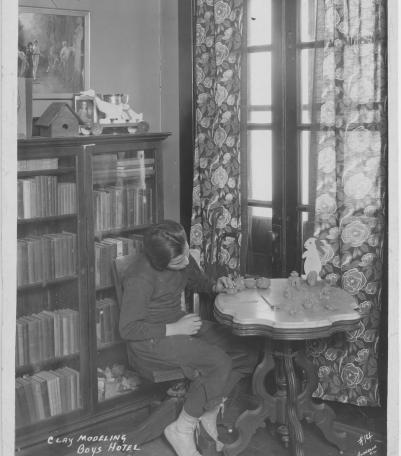 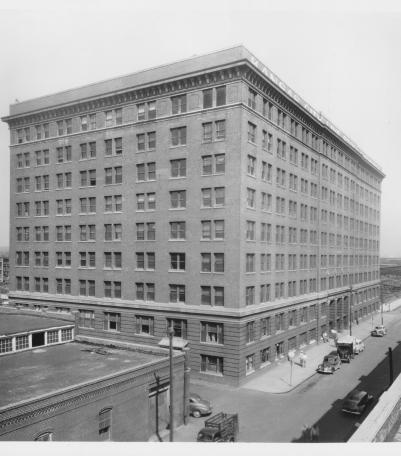 Photograph with side and front view of the Livestock Exchange Building, located just west of the intersection of 16th Street and Genessee Street. 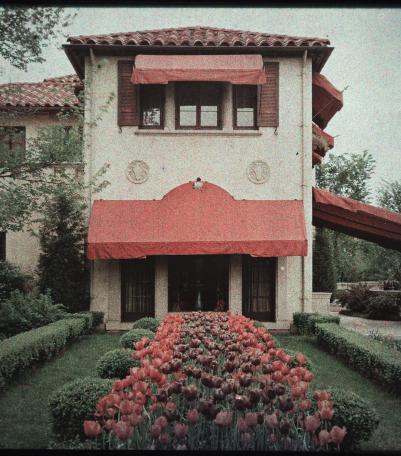 An autochrome photograph of Louis XIV & afterglow tulips, taken from the west on the property of Dr. Sam E. Roberts, physician. 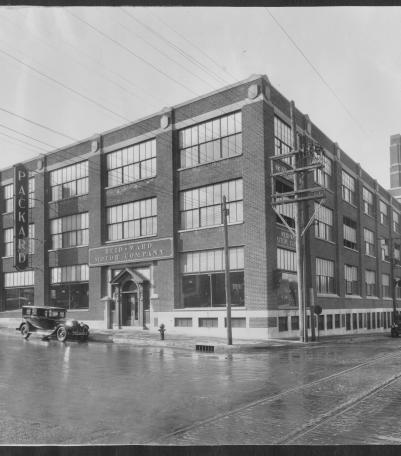 Circa 1928 photograph with frontal and side view of Reid-Ward Motor Company, once located at the southwest corner of McGee Trafficway and 25th Stre 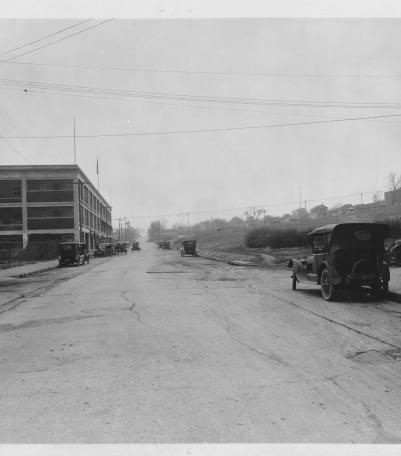 Circa 1925 photograph looking south on Winchester Avenue from just north of the intersection of Winchester and 10th Street. 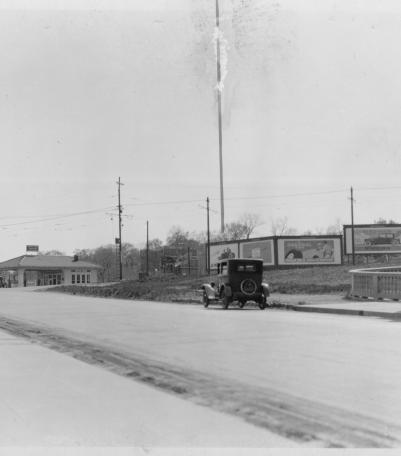 This photograph was taken looking west-southwest near the south entrance of Benton Boulevard just north of Swope Parkway. 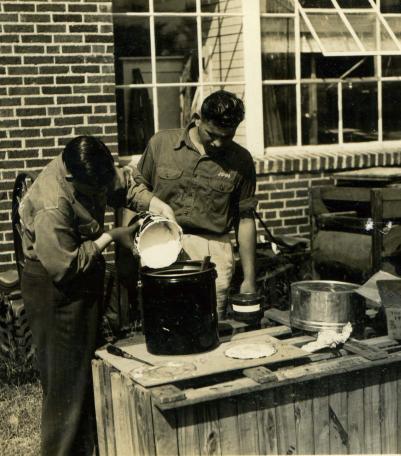 Photograph of two boys preparing paint outside of Shawnee Mission Rural High School in 1940 or 1941. 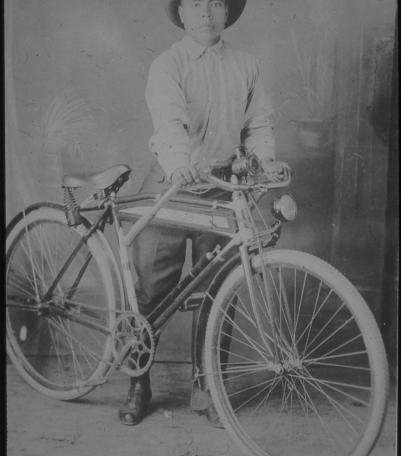 Undated photograph of an unidentified man standing with a bicycle. 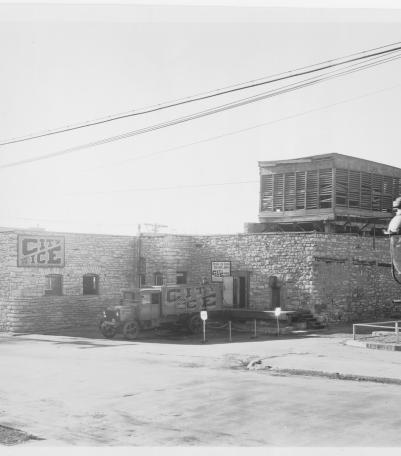 Circa 1930 photograph with full frontal and side view of Western Ice Service Company, Plant No. 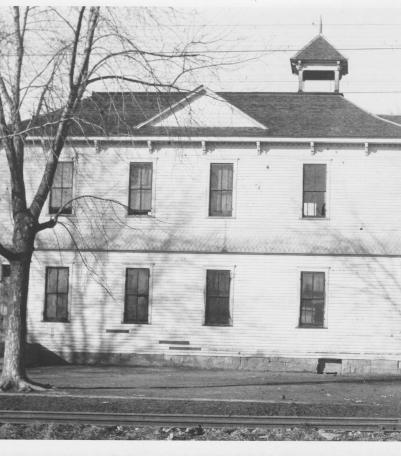 Photograph of the two-story Merriam School building, located at Johnson Drive and King Avenue in Shawnee, Kansas, circa 1920. 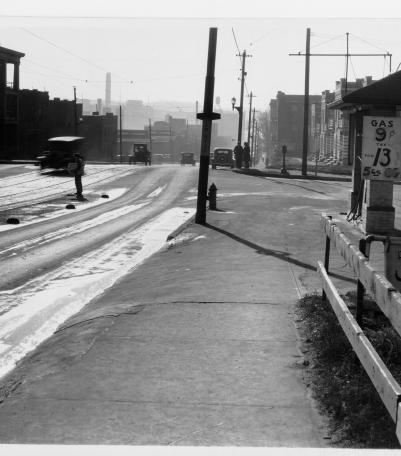 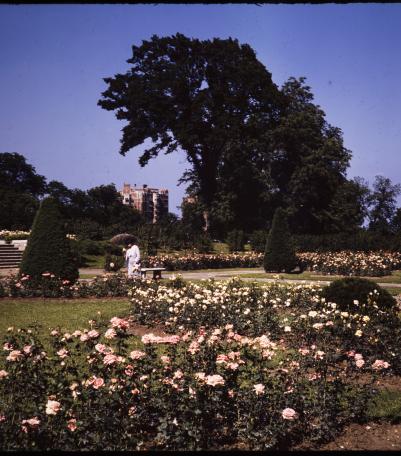