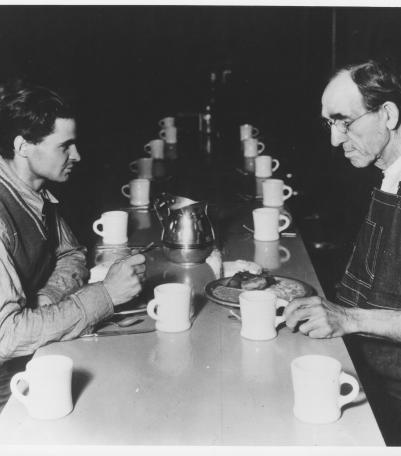 Photograph of two men eating a meal at the Helping Hand Institute. 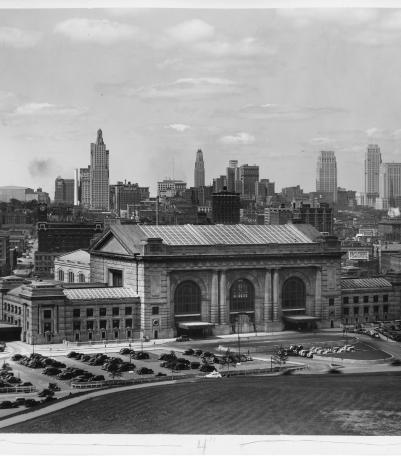 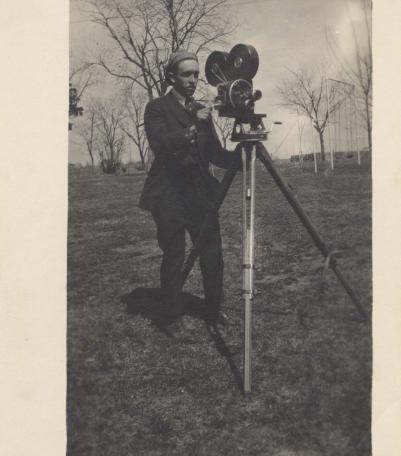 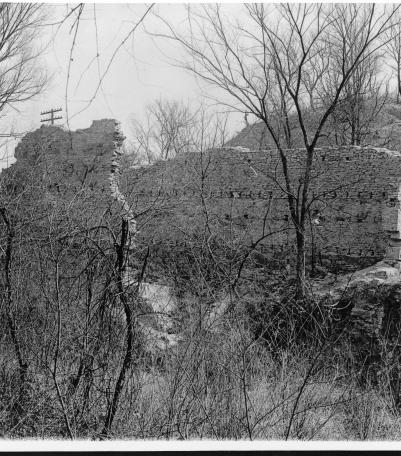 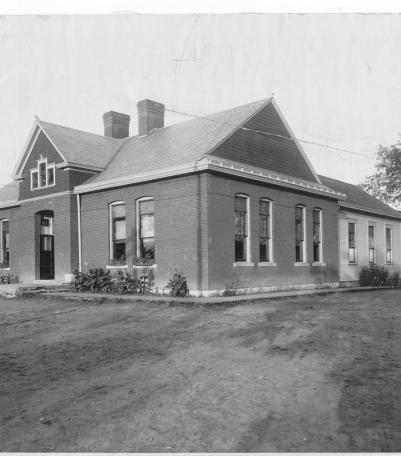 Photograph of the Swope School, once located at the northeast corner of Cleveland Avenue and 55th Street. It was named after Thomas H. Swope. 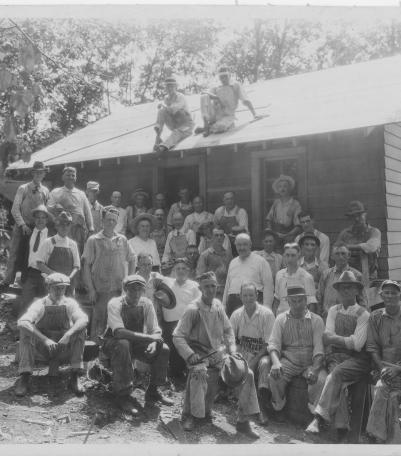 Photograph of carpenters posed during construction of a cabin at Camp Bo-Ho-Ca, located on the east side of Blue River Road near 121st Street. 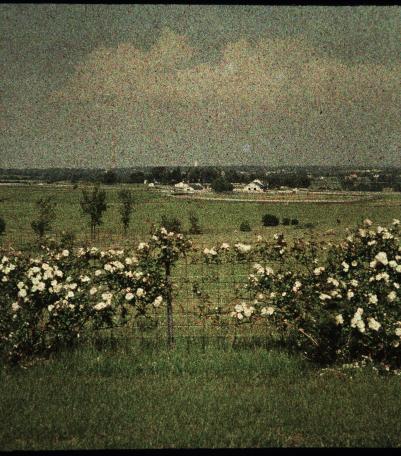 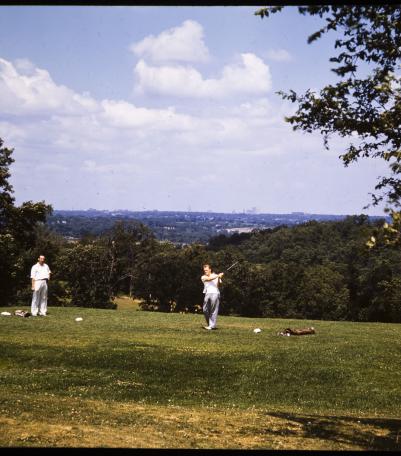 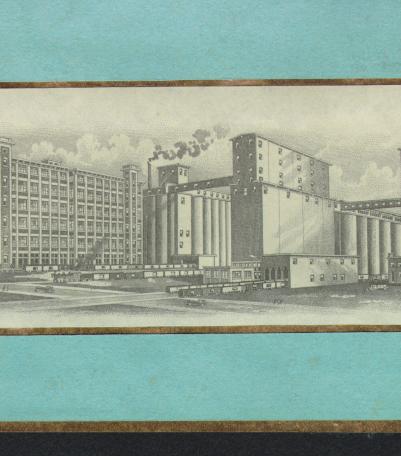 City Market at 3rd and Main 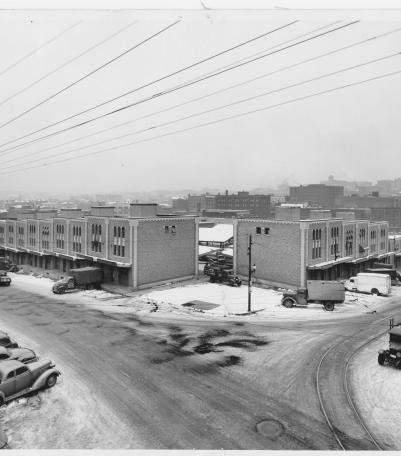 Circa 1940 photograph with a rooftop view of the northwest corner of 3rd Street and Main Street in the City Market. 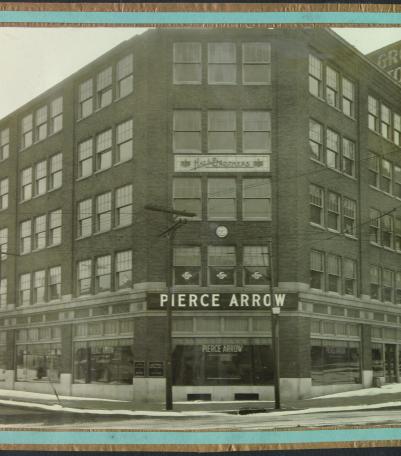 Circa 1928 photograph with full frontal and side view of the Southwest Motor Car Company, located at the southeast corner 26th Street, Walnut Stree 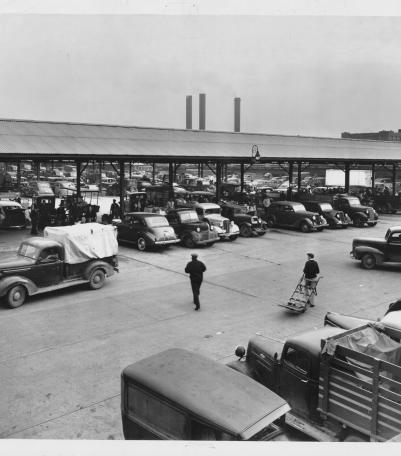 Circa 1940 photograph of buyers and sellers at the outdoor stalls of the Farmers' Market in the City Market. 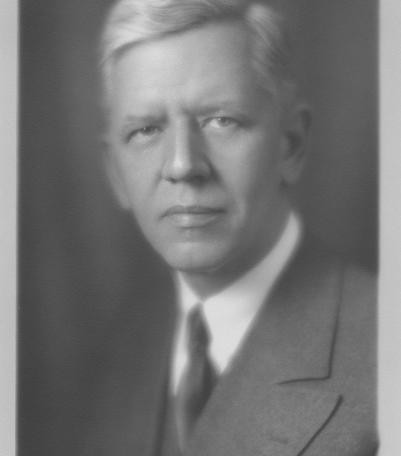 Portrait photograph of Herman Langworthy circa 1932. 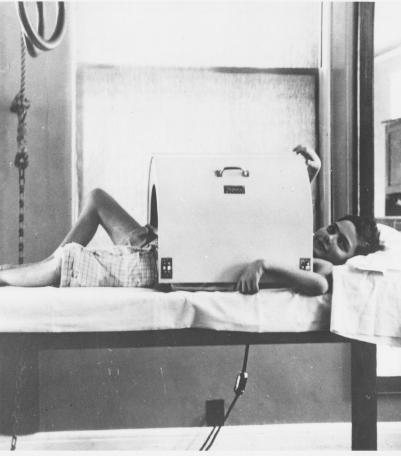 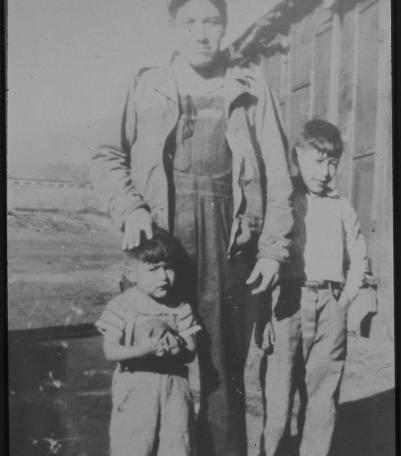 Undated photograph of man with two boys, posing near railroad tracks in an area where many Mexican railroad workers lived in Kansas City, Kansas. 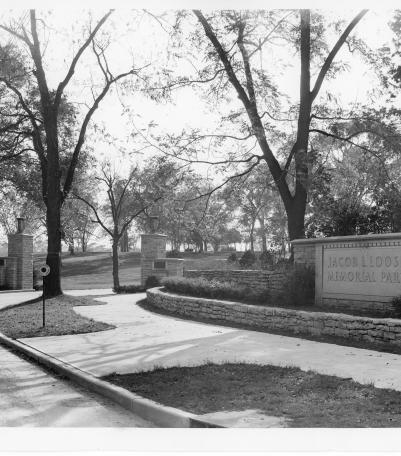