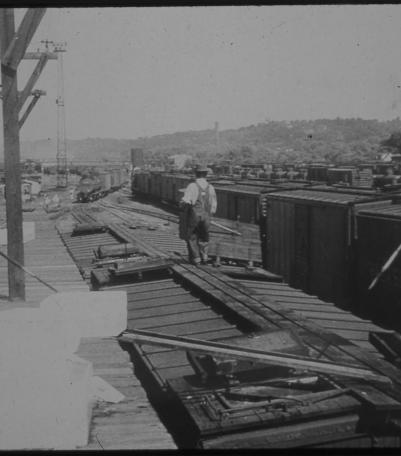 5th Street Between Central and May 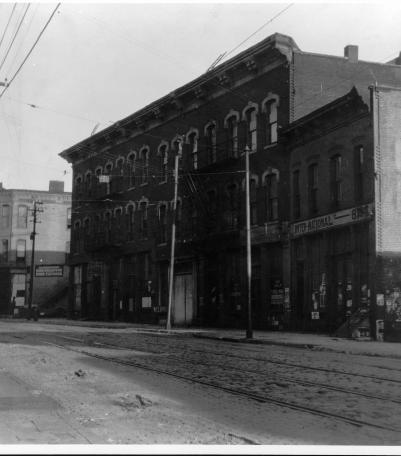 Circa 1915 photograph with view of Fifth Street looking east towards its intersection at Central Street (left). 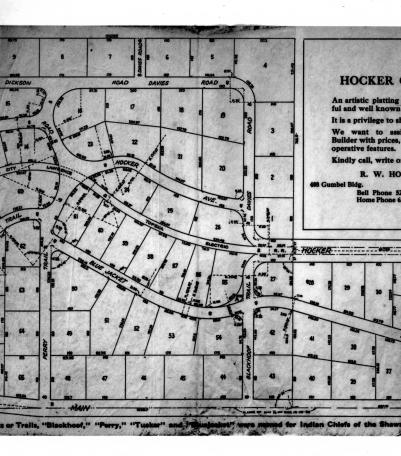 Plat map illustrating available lots for development in the Hocker Grove subdivision in Merriam, Kansas, circa 1915. 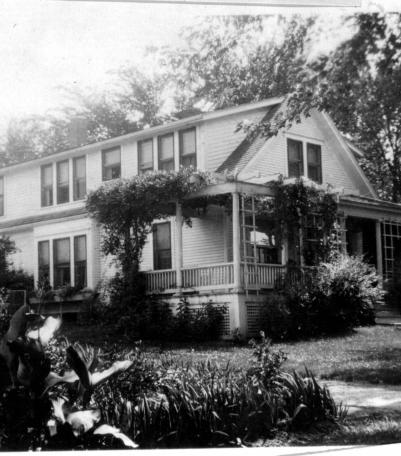 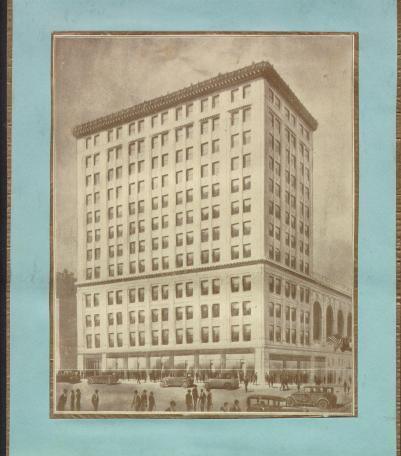 Circa 1928 drawing with full frontal and side view of the Midland Building, located at the northeast corner of Baltimore Avenue and 13th Street. 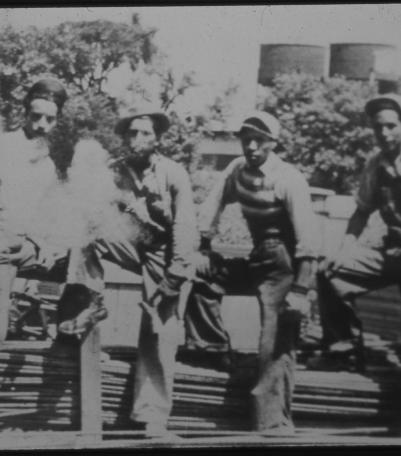 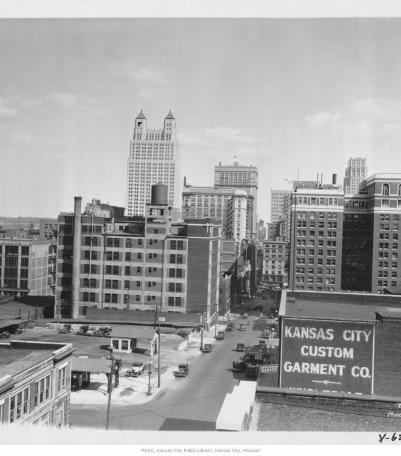 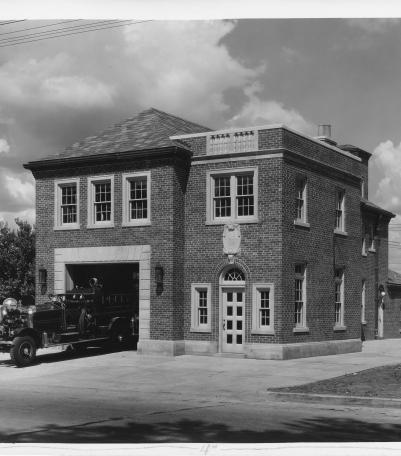 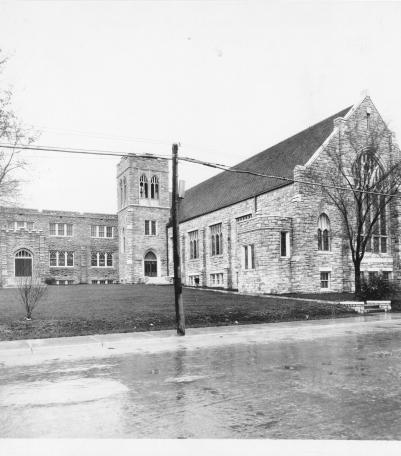 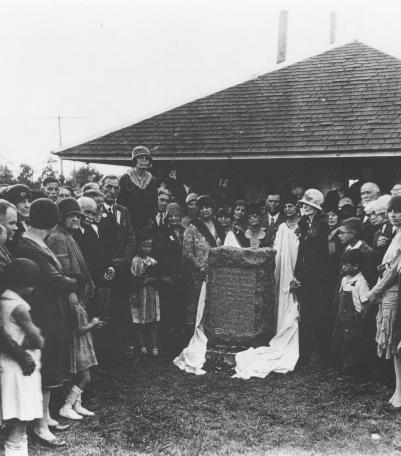 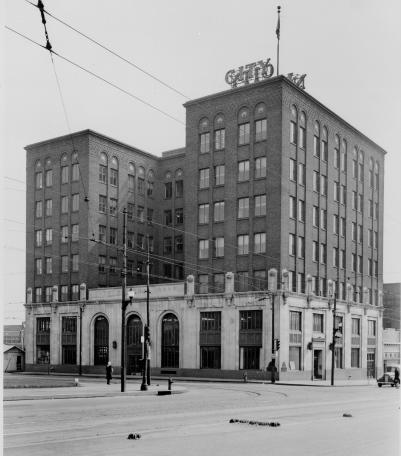 Photograph of the City National Bank located at the southeast corner of 18th Street and Grand Avenue (presently Grand Boulevard). 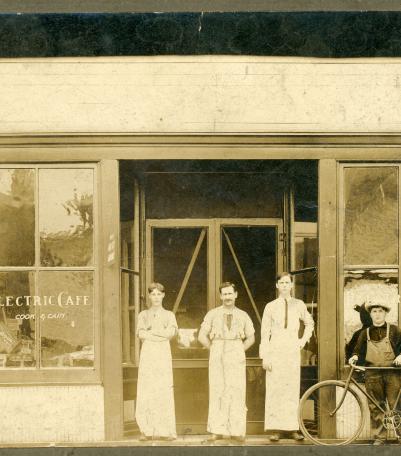 Photograph of the Electric Cafe on the south side of Rochester Avenue and east of Montgall Avenue.

Boy and Goat Inside a Box 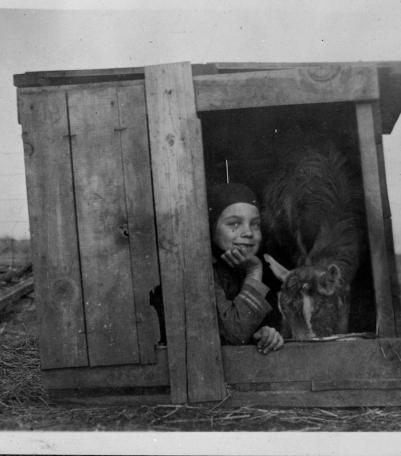 Photograph of a child and a goat inside a wood box on the Schutzel Farm in the mid-1930s. The 55-acre farm, near 135th Street (then Kansas Hig 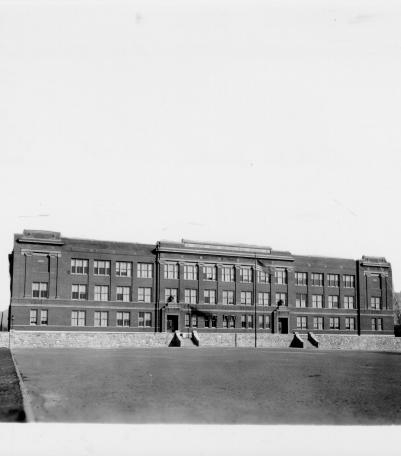 Photograph of Northeast Junior High School, located at on the south side of Thompson Avenue between Chelsea Avenue and Brighton Avenue. 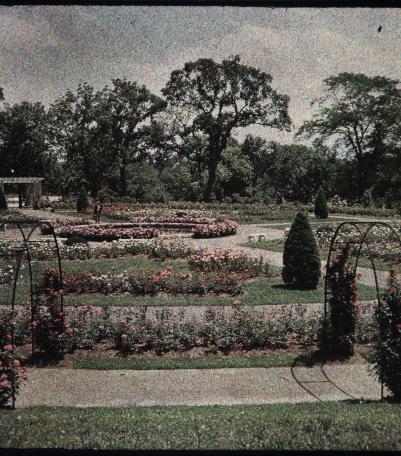 An autochrome photograph of the Municipal Rose Garden (Loose Park Rose Garden) looking from the northwest.