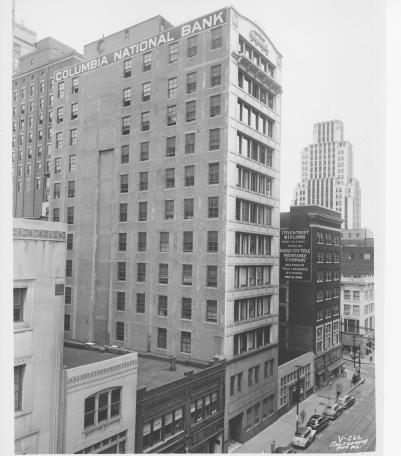 Photograph of the Columbia National Bank in the Gloyd Building, once located on the east side of Walnut Street between 9th Street and 10th Street.< 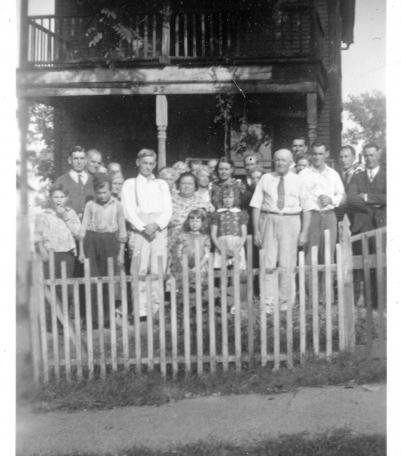 Photograph of a meeting of a Workers Alliance Lodge meeting. Charles Northington is wearing suspenders, with Anna Northington to his right. 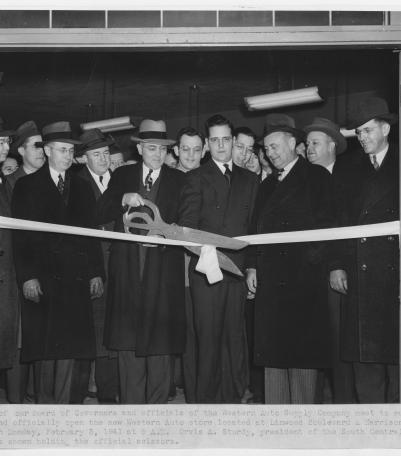 Photograph of Orvis A. 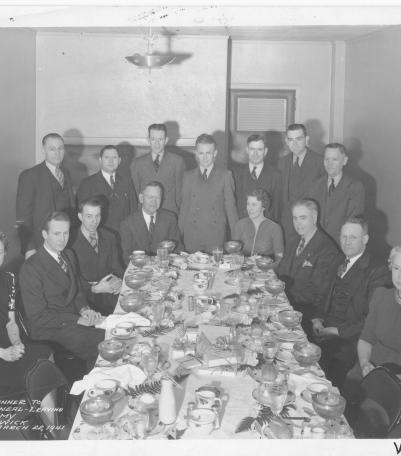 Photograph of a farewell dinner of Anderson Photo Company employees at Pickwick Hotel for Roger Odneal, who was leaving for the army. 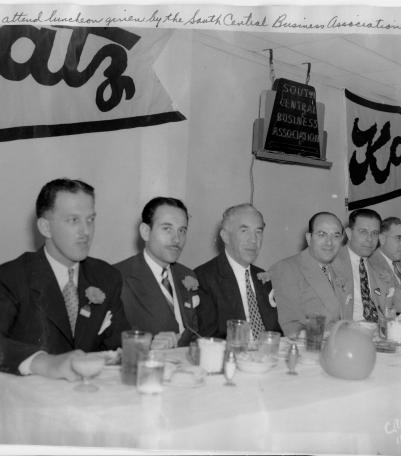 Photograph of Katz Drugstore officials at a South Central Business Association luncheon at the Blue Bird Cafeteria at 3215 Troost Avenue. 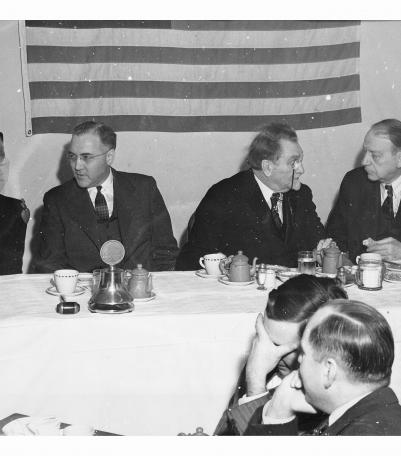 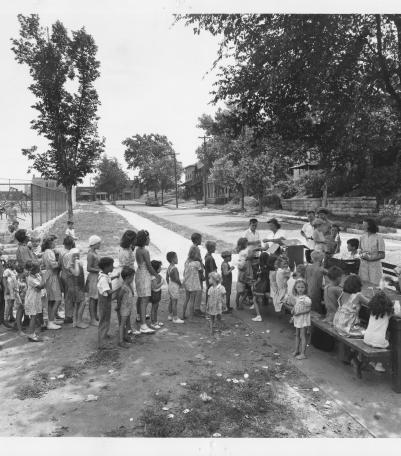 Photograph of participants in the Summer Playground Feeding Program lined up at Mulkey Square Park. 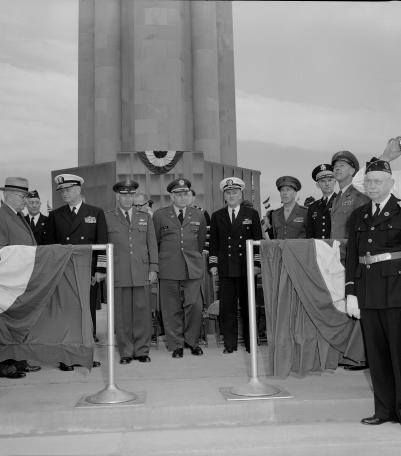