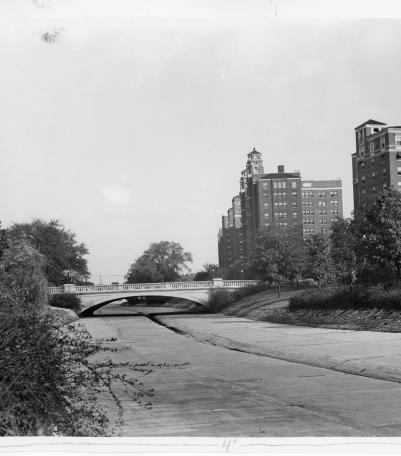 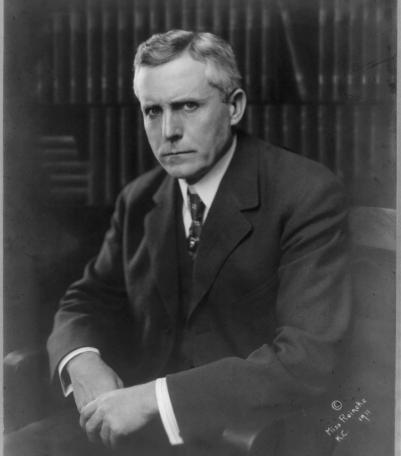 "Newspapers and Politics: A Newspaper Marauder" 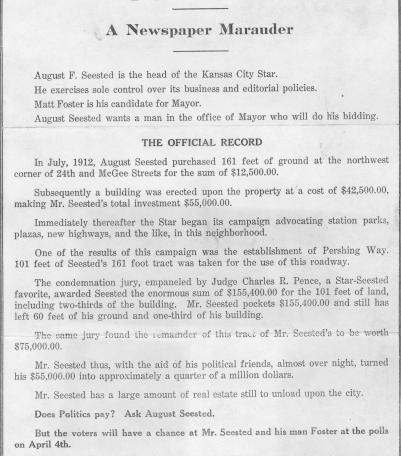 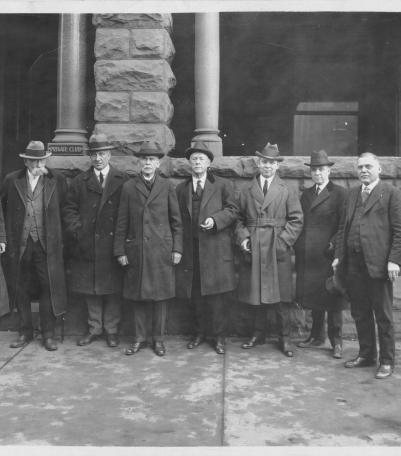 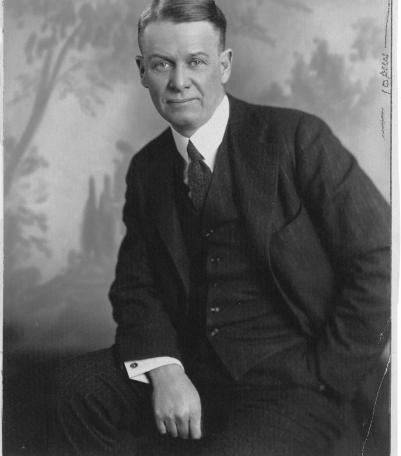 "Check in Controversy and Speakers at G.O.P. Meet" 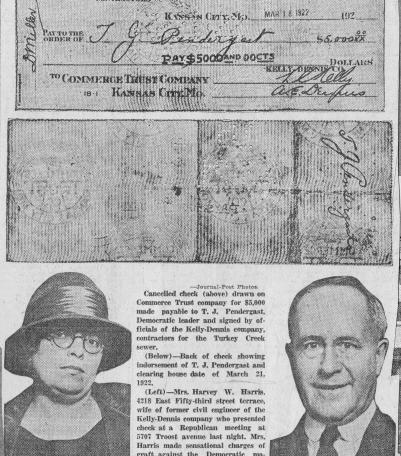 Clipping from the Kansas City Journal on April 4, 1924 showing the cancelled check for $5,000 from Kelly-Dennis Company to T. J. Pendergast. 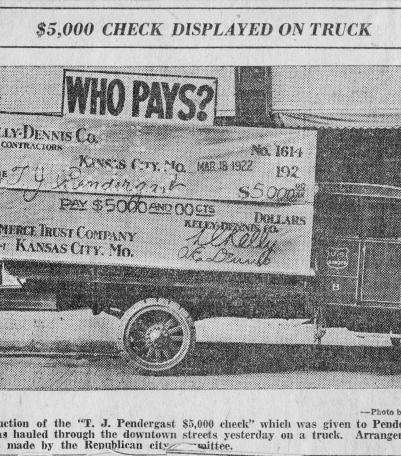 Clipping from the Kansas City Journal-Post on April 6, 1924 showing a truck carrying a large reproduction of a check for $5,000 from Kelly-Dennis C 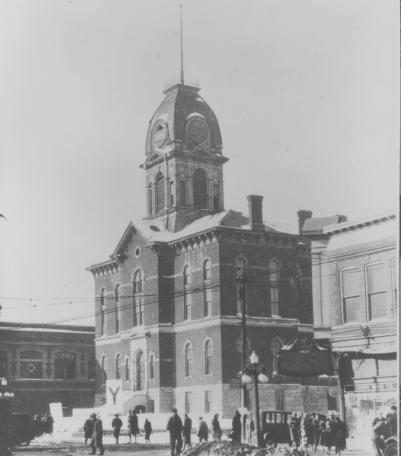 Photograph of the exterior of the Wyandotte County Courthouse, located on the northwest corner of 7th Street and Minnesota Avenue, looking northwes 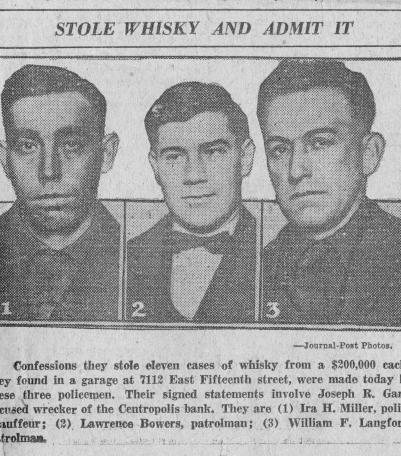 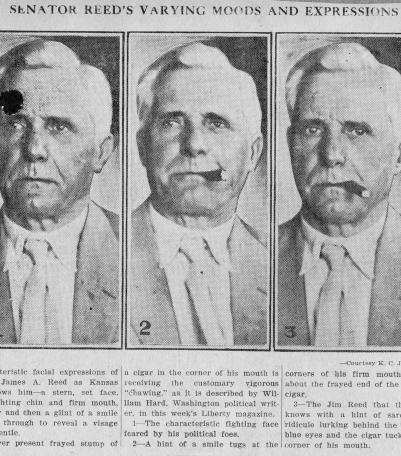 Three photographs of Senator James A. Reed with amusing captions. 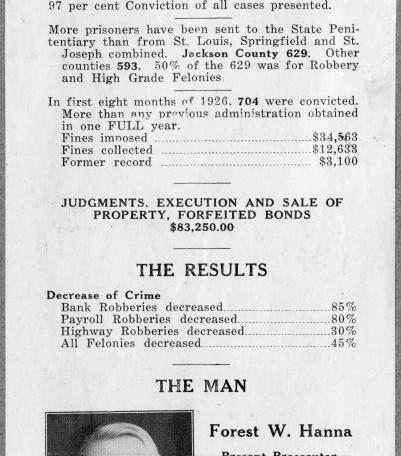 Advertisement for the re-election of Forest W. Hanna as Prosecutor of Jackson County, Missouri. 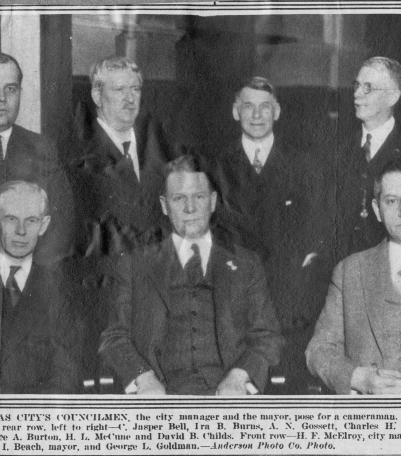 Photograph with caption stating, "Kansas City's Councilmen, the city manager and the mayor, pose for a cameraman. 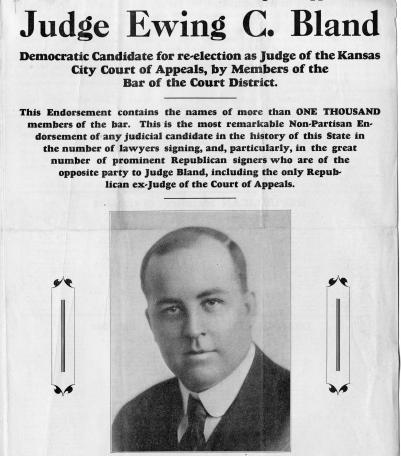 Advertisement for the re-election of Ewing C. Bland as Judge of the Kansas City Court of Appeals, Jackson County, Missouri. 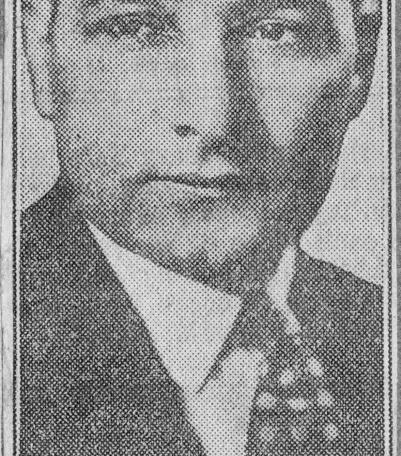 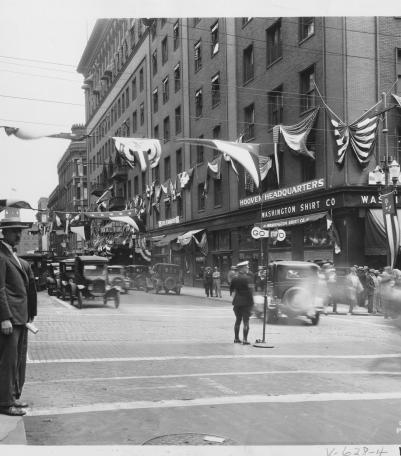 Photograph looking north along Baltimore from the southwest corner of 12th and Baltimore. 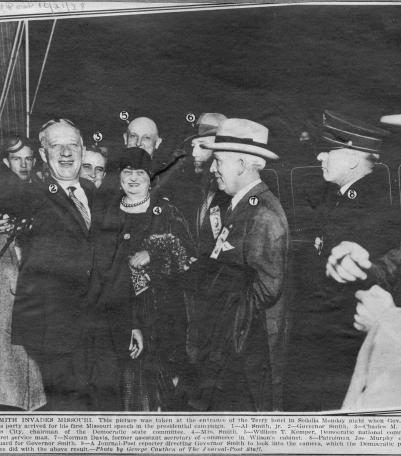