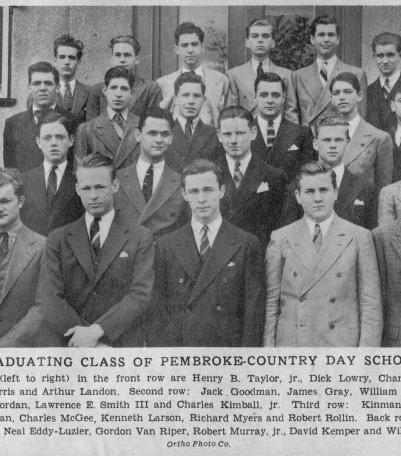 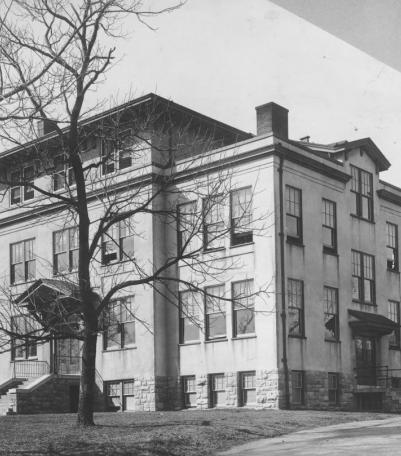 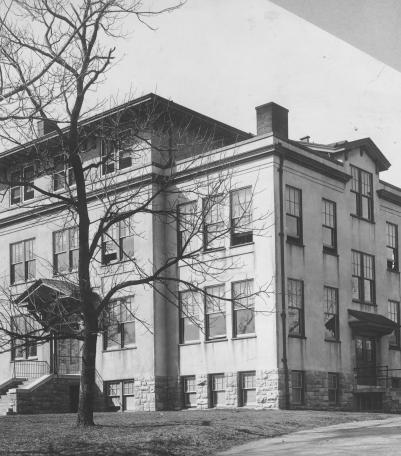 Exterior of the Administration Building of the Country Day School, later called Pembroke Country Day School. It was once located near the southeastern corner of 51st Street and State Line Road. The ground on which this building stood is now the quadrangle of the Pembroke Hill School - Ward Parkway Campus. This vantage point faces southwest from just south of 51st Street, between Ward Parkway and State Line Road.