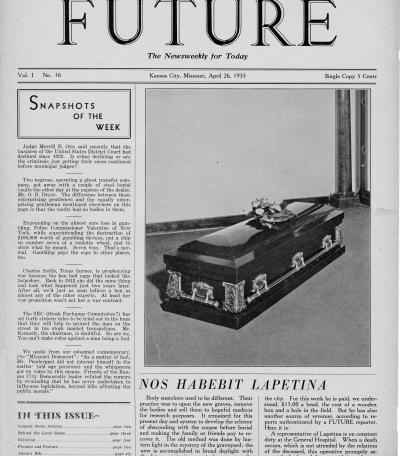 Issue of the anti-corruption, Kansas City-based newspaper, Future: The Newsweekly for Today. The front page includes a photo and article, continued on page 8, about the business of Peter Lapetina, "funeral director at 536 Campbell" Street, connected with an associate at General Hospital Number One in a racket of charging all of its deceased's family members for rights to their corpses. Other featured articles include: “Laws and the Hawg” (p. 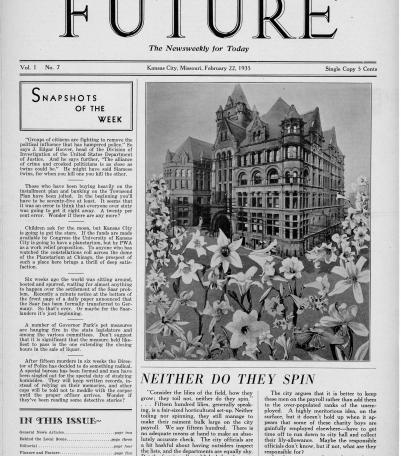 Issue of the anti-corruption, Kansas City-based newspaper, Future: The Newsweekly for Today. The front page includes an article, continued on page 8, asserting that it “is well established that there are approximately three thousand persons drawing pay from the city when the work actually is being done by about fifteen hundred,” the impact that has on salaries, and the departments in which the issue is most evident. Other featured articles include: “You May Live Till March, Cabbies” (p. 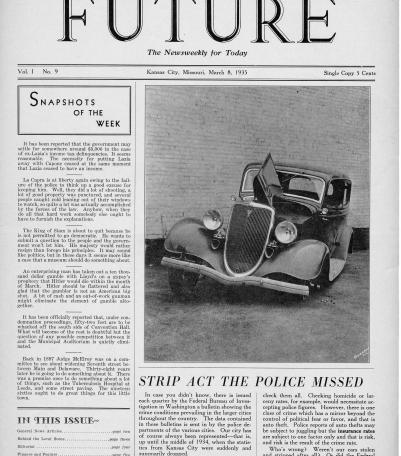 Issue of the anti-corruption, Kansas City-based newspaper, Future: The Newsweekly for Today. The front page includes an article, continued on page 8, about the crime rate for auto theft and parts stripping in Kansas City compared to Saint Louis and description of its inaccurate measurements by the Kansas City Police Department not accepted by the FBI, with photo of a stripped car and a portrait of J. Edgar Hoover. Other featured articles include: “One Year Ago This Week” (p. 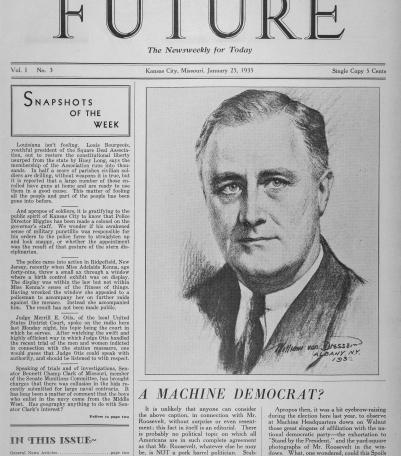 Issue of the anti-corruption, Kansas City-based newspaper, Future: The Newsweekly for Today. The front page includes an article, continued on page 8, about President Franklin D. Roosevelt and “Tommy Wommy” Pendergast’s insistence on standing by the president, as well as other local leaders such as Truman and Shannon’s diplomatic efforts with the federal government. Portraits of of FDR and Pendergast are included. Other featured articles include: “Little Merchants” (p. 2), about children employed to sell magazines being exempt from state child labor laws; “President’s Birthday Funds (p. 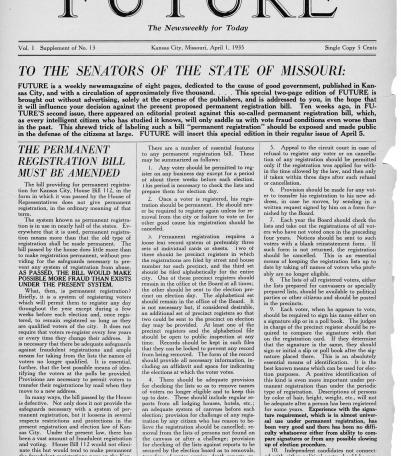 Issue of the anti-corruption, Kansas City-based newspaper, Future: The Newsweekly for Today. This issue includes a supplemental section coming out against a proposed permanent registration bill they argue “will only saddle us with vote fraud conditions even worse than in the past,” and reporting past voter fraud. Other featured articles include: “He Must Have Worried Terribly” (pp. 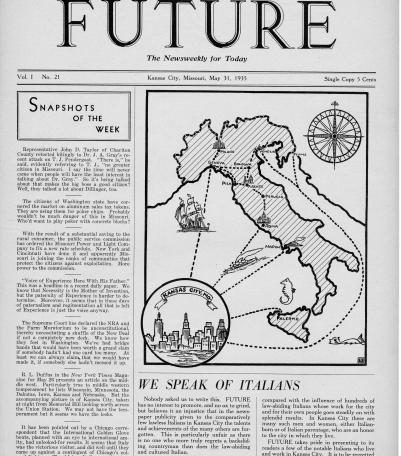 Issue of the anti-corruption, Kansas City-based newspaper, Future: The Newsweekly for Today. The front page includes an article, continued on page 8, about the Kansas Citians of Italian descent and their often unfair treatment in the newspapers for their comparatively few members of organized crime, and descriptions of several "cultured and law-abiding" local Italians such as musicians M. A. Lenge, N. DeRubertis, Mike Russo, Arturo Corti, Gustavo Corti, and Rosemarie Brancato; artists Dante Cosentino, Frank Tommassini, and Paulo D'Anna; and scientists and teachers Dr.

Isaac "Ike" Katz, who would go on to found the Katz Drug Co. in Kansas City and become a pioneer in the modern pharmacy business, was born in the town of Husiatin in western Ukraine (then a part of Russia) on March 8, 1879. Ike Katz brought customers into his drug stores with a unique business model, where customers could fill prescriptions, shop for groceries, buy appliances, and even purchase exotic pets such as monkeys or baby alligators; all at cut-rate prices. At its peak in the 1950s and 1960s, the company boasted 65 retail locations spread across seven states. 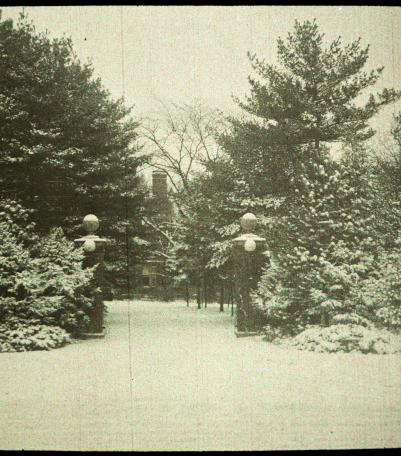 An autochrome photograph of the west entrance to the Kansas City Art Institute in winter. This vantage point faces east on Warwick Boulevard just north of 45th Street. 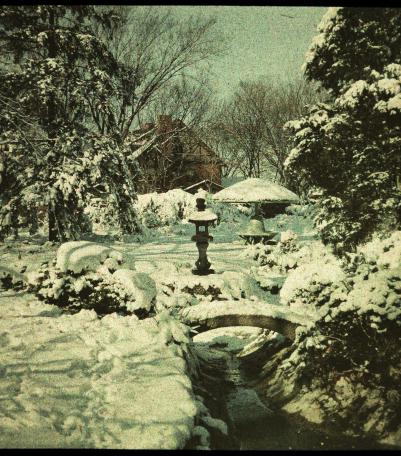 An autochrome photograph of the Japanese garden at the Kansas City Art Institute in winter.