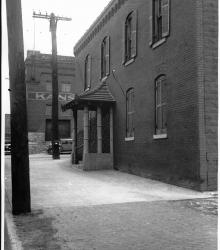 Photograph of the entrance to Annie Chambers' house of prostitution, on the corner of 3rd and Wyandotte streets, has an Oriental design. This vantage point faces east on the south side of 3rd Street just west of Wyandotte Street. 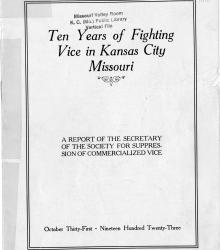 Report published by the Kansas City Society for Suppression of Commercialized Vice describing the actions of the society to combat local vice and to stay "the invidious and deathly march of human lechery and moral degeneracy in our midst." The group participated in the formation of the Injunction and Abatement bill through which " 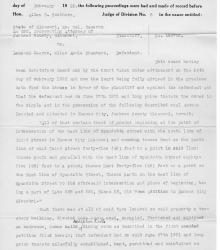 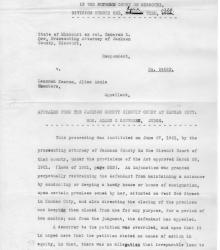 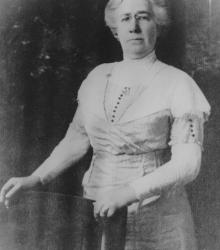 On March 24, 1935, Annie Chambers, a former prostitute and Kansas City brothel owner, passed away at the age of 92. By the time of her death, Chambers's own life had roughly paralleled Kansas City's untamed years of the late 19th century, which were followed by extensive modernization and reform efforts in the early 20th century.