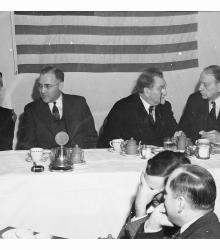 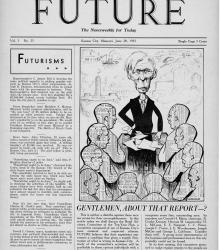 Issue of the anti-corruption, Kansas City-based newspaper, Future: The Newsweekly for Today. The front page includes an article, continued on page 8, about the Bond Advisory Committee of the Ten-Year Plan, made up of prominent Kansas Citians including R. Crosby Kemper and J. E. Woodmansee, and chaired by Conrad H. Mann. 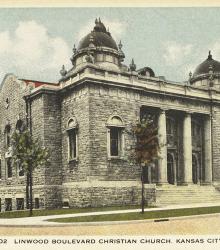 Dr. Burris A. Jenkins used Kansas City as his pulpit, communicating with thousands of people through newspapers, radio waves, and authorship of 17 books. He served as pastor of the Linwood Boulevard Christian Church, later the Community Christian Church at 4601 Main Street. Often considered too liberal for his era or occupation, Jenkins won scores of followers with his blunt sermons, essays, and novels. 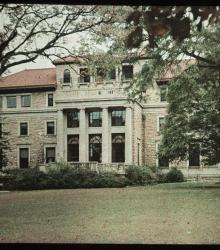 Questions and Answers on the 10-Year Plan 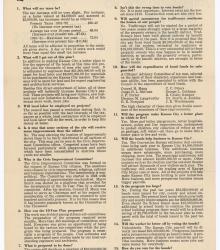 Broadside with a Q&A concerning the Ten-Year Plan. This document was disseminated in support of the propositions to be voted upon at the May 26, 1931 election. These propositions include numerous developments to public utilities and services.