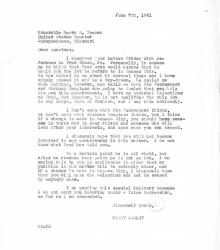 Letter from Harry Easley to Harry S. Truman in which Easley urges Truman not to give Fred Black, Jr. a political appointment. Easley notes that Black "tells me that Jim Pendergast and Shannon Douglass are going to insist that you help him get this appointment." 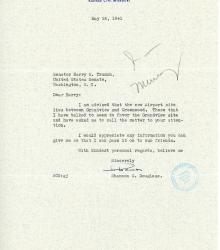 Letter from Shannon C. Douglass to Senator Harry S. Truman in which Douglass updates Truman on the selection of a new Kansas City airport. The two site candidates are located in Grandview and Greenwood, Missouri. 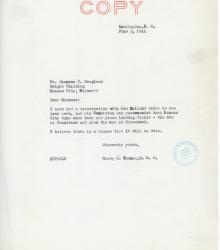 Letter from Senator Harry S. Truman to Shannon C. Douglass in which Truman informs Douglass that he has met with Lou Holland. Holland recommends that "Kansas City take over both air plane landing fields - the one at Grandview and also the one at Greenwood." 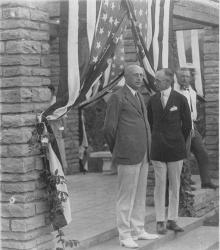