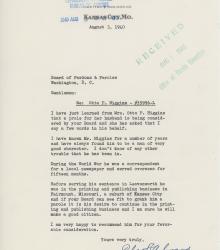 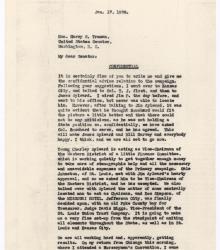 Letter from Lloyd C. Stark to Harry S. Truman reporting on his meeting with Tom Pendergast and Jim Aylward about his campaign and how the campaign is being staffed. He writes that "on the advice of everybody, including T.J., we are not even mentioning his name; just ignoring him entirely."

From William Ledbetter to Charles Aylward 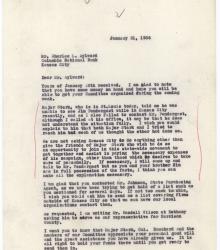 Letter from William Ledbetter to Charles Aylward discussing Lloyd Stark's attempts to meet with Jim and Tom Pendergast while visiting Kansas City and other campaign updates. 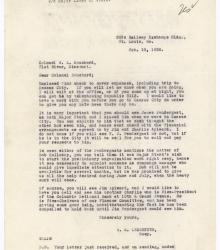 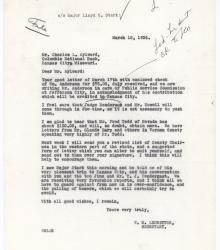 Letter from W. M. Ledbetter acknowledging the receipt of a campaign contribution and discussing contributions from other supporters.