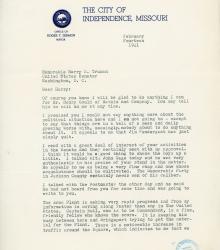 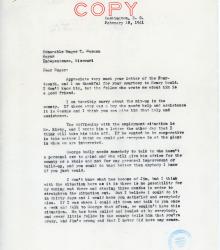 Letter from Senator Harry S. Truman to Independence, Missouri Mayor Roger T. Sermon. Truman responds to Sermon's letter of the 14th, commenting that he could fix James M. Pendergast's problems if he could be in Kansas City for a month.