From John E. Robertson to Guy B. Park 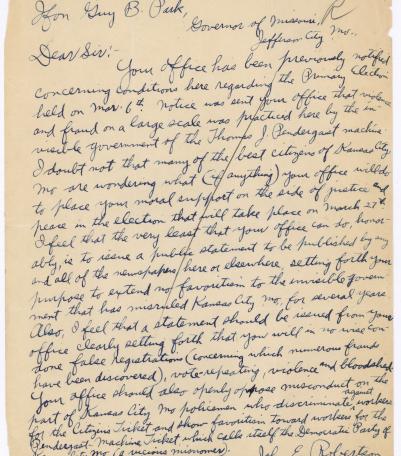 Letter from John E. Robertson to Guy B. Park regarding violence and election fraud taking place at a March 6th primary election. 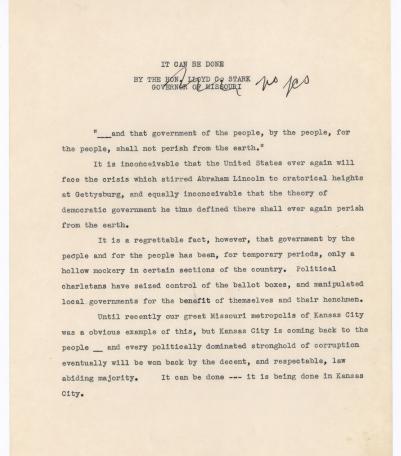 Draft of an editorial for True Detective Mysteries, a true crime magazine, about the political corruption in Kansas City and how it is being brought down. 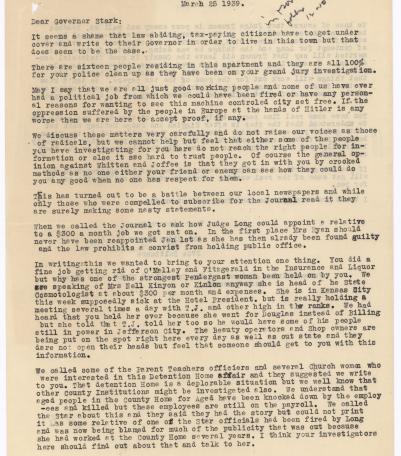 Letter from Olive Turner to Governor Lloyd C. Stark saying "it seems a shame that law abiding, tax-paying citizens have to get under cover and write to their Governor in order to live in this town." She expresses concerns about corruption, particularly at the state cosmetology board and the County Home for the Aged. 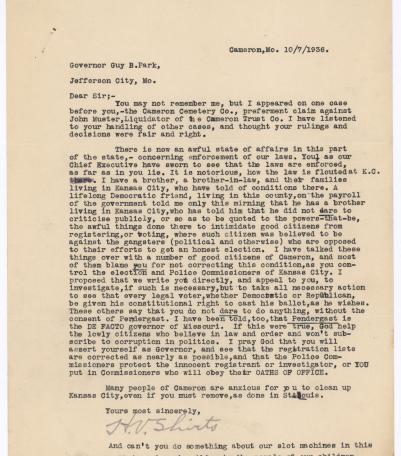 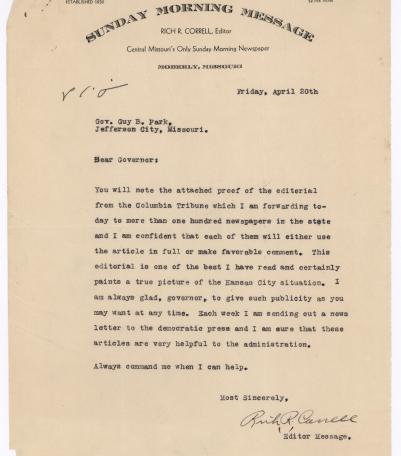 Letter from Rich Correll to Governor Park referencing an attached editorial which excoriates the Kansas City Star for its supposed anti-Democratic leanings. 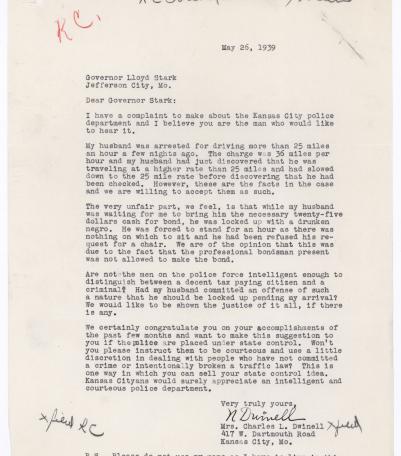 Letter from Mrs. Charles L. Dwinell to Governor Lloyd C. Stark, complaining about the treatment of her husband by the police after he was stopped for speeding. She reports that he was put in a cell with no chair while waiting for her to arrive to post bond, despite being stopped for driving 11 miles over the speed limit. She also suggests that if Stark would "instruct them to be courteous and use a little discretion with people who have not committed a crime" that it would be "one way in which you can sell your state control idea." 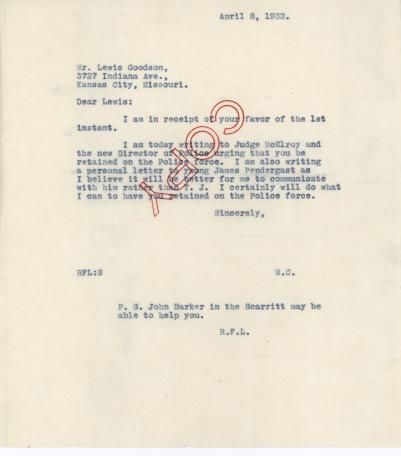 Letter from Ralph F. Lozier to Lewis Goodson. He informs Goodson that he has written to Judge Henry F. McElroy and James M. Pendergast in support of Goodson's continued employment on the Kansas City Police force. 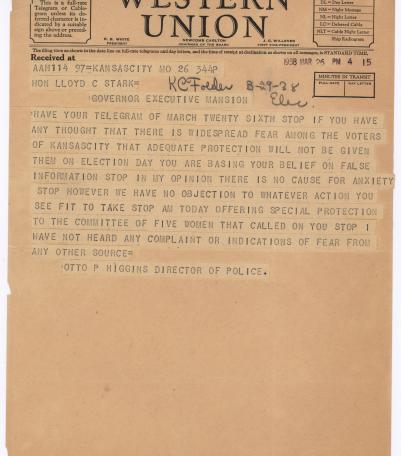 Telegram from Kansas City Director of Police Otto P. Higgins to Governor Lloyd C. Stark. Higgins insists that the idea that voters will not receive adequate protection on election day is misguided. He writes "there is no reason for anxiety." 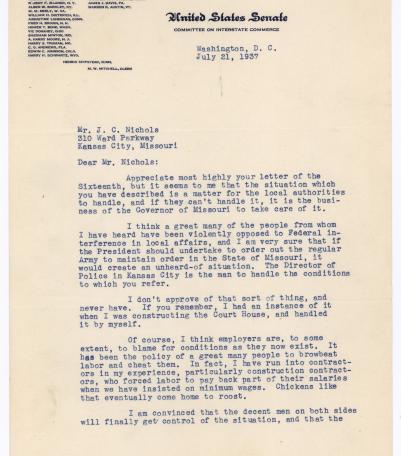 Letter from Harry S. Truman to J. C. Nichols. Truman states that it would not be prudent for the federal government to interfere with Kansas City labor issues. Instead, he suggests contacting the Director of Police in Kansas City. 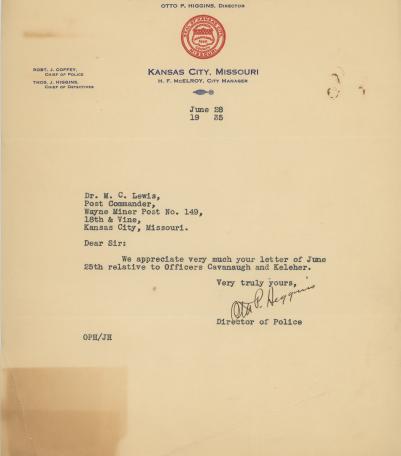 On June 17, 1933, four law enforcement officers and their prisoner, Frank Nash, were fatally wounded in a botched rescue attempt outside Union Station. The story of the Union Station Massacre, as it became known, centered on Frank Nash, who had been convicted of three separate crimes of a serious nature: murder, armed burglary, and then assault.