From The Forward Kansas City Committee to Bryce B. Smith 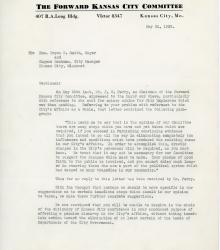 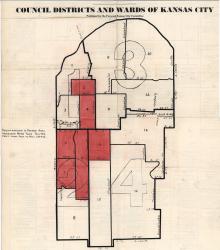 Map of Kansas City council districts and wards from the Missouri River south to the then-city limits at 77th and 79th Streets, and from the Kansas state line east to the eastern city limits. Shaded areas show increase in voter registrations of more than 10% between August and November 1940.