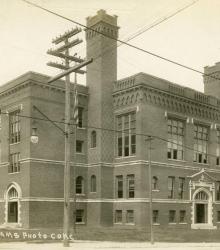 Girard Bryant was a highly respected teacher and school administrator in Kansas City for 45 years. As a community leader, he took an active part in major social issues of the day, particularly education, race relations, health care and law enforcement. Bryant came to Kansas City in 1926 to teach at Western Baptist Seminary and later at the Kansas Vocational School in Topeka. He became a teacher in the Kansas City School District in 1930 and remained with the district until 1964. During his long tenure he filled many positions, including teacher and vice-principal at Lincoln High School, and dean of Lincoln Junior College.