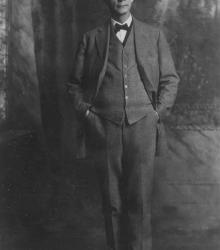 Tom Bass is credited as a founder of the American Royal Horse Show, where for years he was the only African American allowed to exhibit. During a career that spanned half a century, he won competitions at every horse show in the country, earned more than 2,000 blue ribbons, and won championships at two world's fairs.