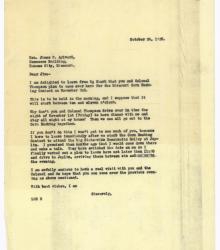 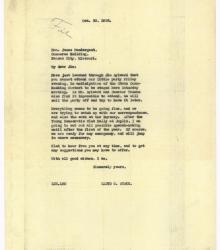 Letter from Lloyd C. Stark to James Pendergast, discussing upcoming campaign activities, including a Young Democratic Club Rally in Joplin, and a party he is holding at home ahead of the State Cornhusking Contest. 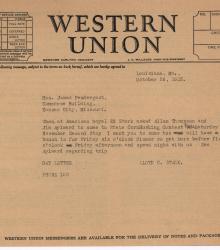