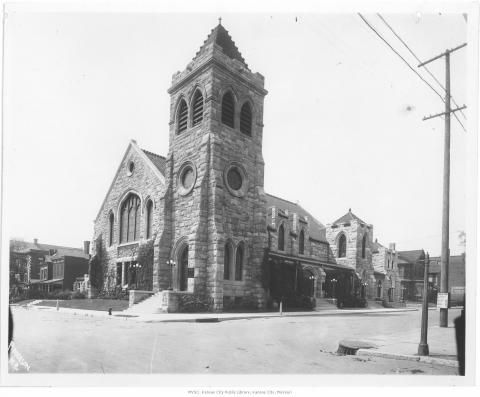 Full, street view of the First Church of Christ Scientist located at 9th and Forest. 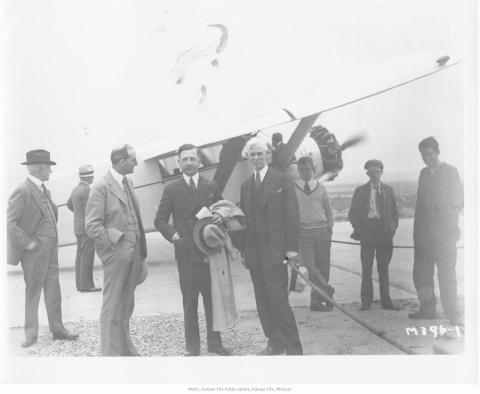 Henry McElroy and Group of Men 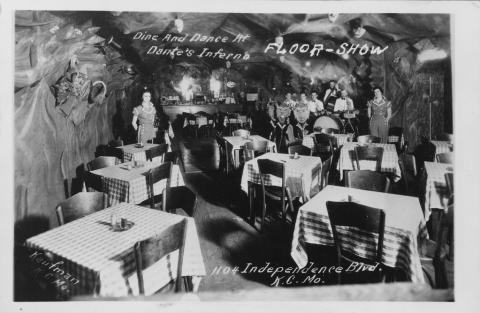 Liberty Memorial: Remembering Then and Now 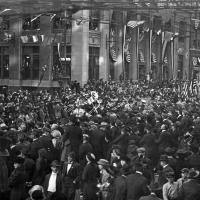 The Liberty Memorial arose during a period of widespread monument-building, one that ran from roughly 1880 to 1930. It was restored amidst a second such period, beginning in the 1980s and continuing to this day. Locally, these two eras correspond with Kansas City’s emergence as a modern metropolis, and with its most ambitious program of urban redevelopment thus far. In each case and in different ways, residents framed the war and its remembrance as a means to future gains. These framings offer telling views of the city’s history, its greatest monument, and the changing nature of memory. 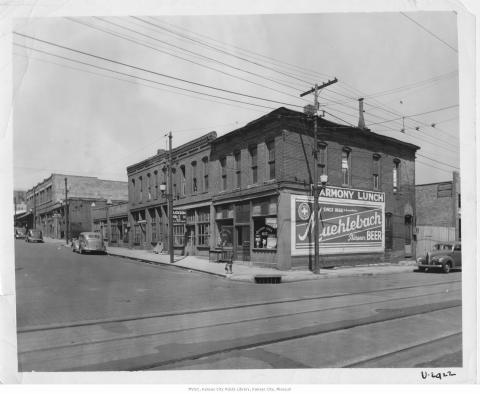 Storefronts along the north side of 4th, west from Grand. 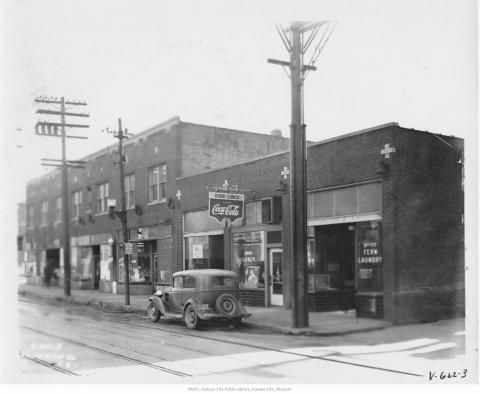 Storefronts along south side of 5th Street, between Walnut and Grand, including "Bond Lunch" diner, a barbershop, and "Fern Laundry." 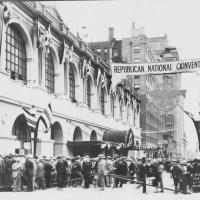 According to a May 29, 1928, editorial in the Kansas Citian , the Republican National Convention promised to “bring more influential people in industry, business, and financial circles than ever brought here by a convention.” Local leaders envisioned the 1928 Republican National Convention raising the national and regional profile of Kansas City in two related ways. First, delegates and visitors attending the convention could see the city’s growth in person. Second, and perhaps more importantly, the event and subsequent attention would bolster the city’s standing, particularly in relation to regional rivals such as Cleveland and St. Louis. 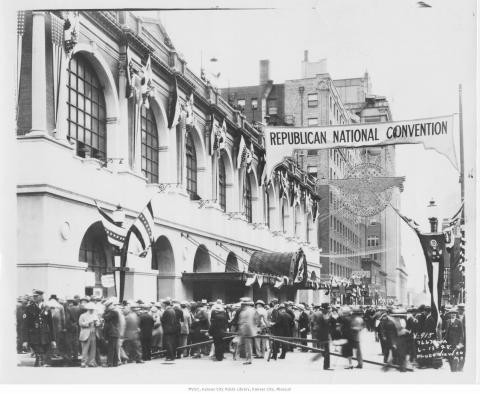 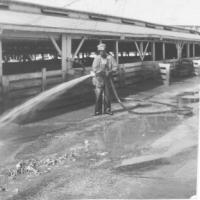 There are world records for nearly everything, including cattle processing. And in September 1918, Kansas City broke them all. As World War I entered its final fateful months, the Kansas City stockyards handled more than 55,000 cattle in a single day and 475,000 for the month. That fall, during a remarkable three-month span, more than 1.3 million cattle passed through the city’s yards. The Kansas City cattle business was impressive, but add to these figures hundreds of thousands of sheep, hogs, and horses, and more than 3.3 million animals were yarded in the city. First seven, then 12, then 34 railroads brought these animals into the city and out again to distant markets. 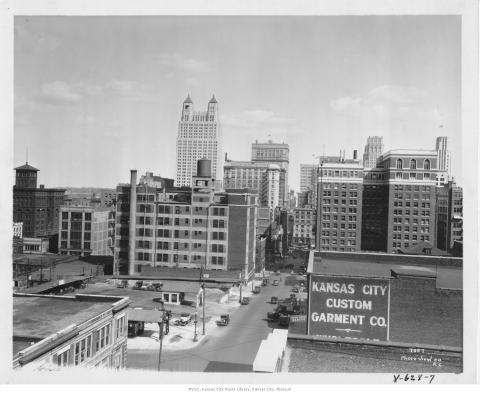 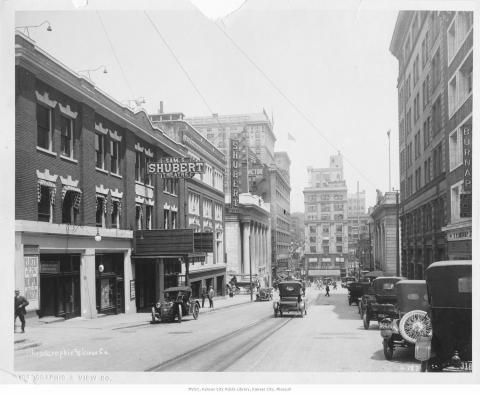 Looking east from the south side of 10th between Baltimore and Central. 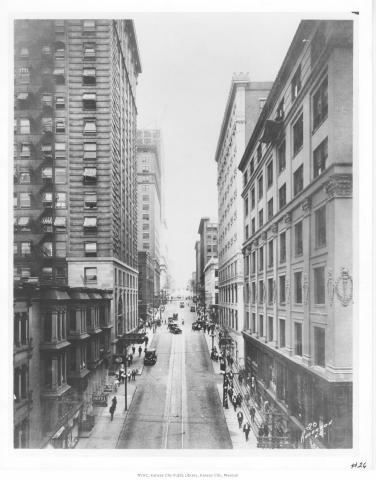 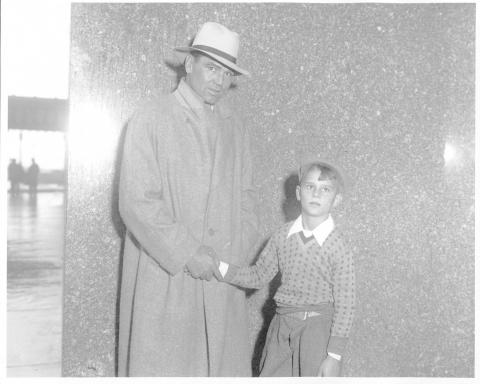 Jack Dempsey Posing with a Boy

Heavyweight boxer Jack Dempsey shaking hands with eight year old William Dempsey Meyers, who was named after the former champion. They appear to be standing outside Union Station. The boy was the nephew of Capt. William M. Meyers of the Westport police station. The photo published on the front page of the November 15, 1931, Kansas City Journal Post.

Dempsey was in Kansas City for a November 18, 1931, exhibition fight at the Convention Hall. 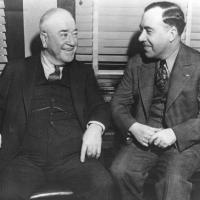 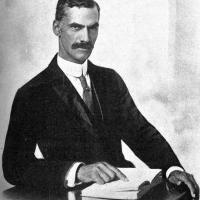 For a half a century starting in 1895, Rev. Samuel W. Bacote was the pastor of Second Baptist Church, one of the oldest and largest black churches in Kansas City. The son of former slaves, Bacote was also a scholar, a writer, and a nationally prominent figure in the Baptist church. 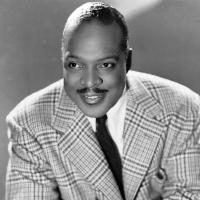 In the rich and celebrated musical history of Kansas City, few individuals are more closely associated with hard-swinging, riff-based Kansas City jazz style than Count Basie. The Count Basie Orchestra became both the best known and the longest-lived big band to emerge from this region, and Basie made Kansas City jazz nationally and internationally renowned. 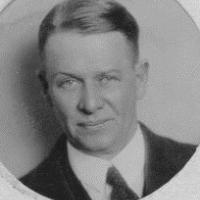 Albert I. Beach served as mayor of Kansas City from 1924 to 1930. Under his administration, a new city charter was voted in that established a city manager form of government for Kansas City. 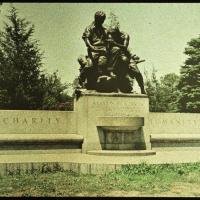 Born in Quebec, Alfred Benjamin and his family moved to Leavenworth, Kansas, where he began working as a clerk at the Abernathy Furniture Company. In 1880, the company opened a branch store in Kansas City and the family moved here, where Benjamin soon became first vice-president of the company. It was rumored that he gave as much as 50 percent of his annual income to charities, a reputation that inspired a namesake medical organization named the Alfred Benjamin Dispensary. 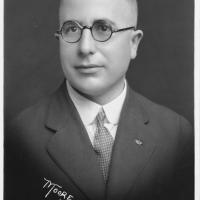 From 1918, John B. Bisceglia was a pastor, social worker, teacher, scholar, and civic leader in charge of the Italian Mission of the Central Presbyterian Church. The energetic, young pastor immediately swung into action, starting programs and ministering to his flock. A kindergarten came first, then a free nursery school for working mothers. Sports teams and organizations like Boy Scouts and Campfire Girls followed. A free clinic was established, as well as adult education programs and mothers clubs. He instituted a Sunday evening service in Italian. 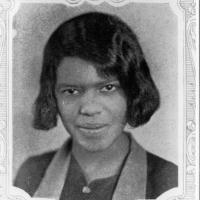 Lucile Bluford has been called the “Matriarch” and the “Conscience” of Kansas City. Miss Bluford, as she was always known, was a pioneer, a crusader for equal rights for African Americans and women, but above all she was a journalist, dedicated to getting the news out.