LaBudde Special Collections at the University of Missouri – Kansas City 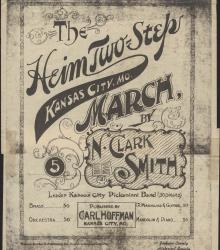 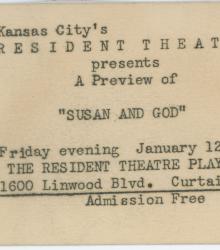 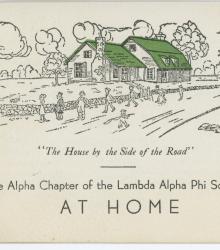 Invitation from the Alpha Chapter of the Lamda Alpha Phi Sorority to an at home event on Sunday October 27, 1940. 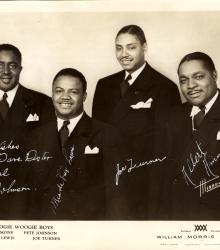 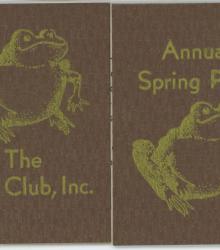 Invitation from the Frog Club, Inc. to a casual spring party at Elk's Rest. 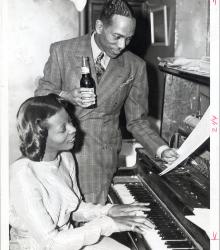 Mary Lou Williams and Andy Kirk looking over an arrangement of "Moten Swing" for Decca Records "Kansas City Jazz" album produced by Dave Dexter. Williams is playing the piano and Kirk is standing next to her, holding music in one hand and a drink in the other hand while looking down. 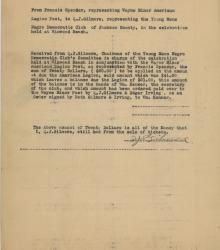 Receipt acknowledging that Q. J. Gilmore, Chairman of the Young Mens Negro Democratic Club's Committee, transferred $20.00 to William Kenner, secretary to the American Legion, Wayne Miner Post No. 149. This money was generated from the sale of tickets for a celebration held at Winwood Beach. 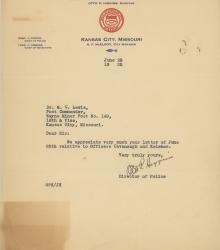 Publicity photo of Chic Scoggin and his Pla-Mor Orchestra 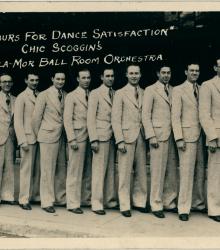 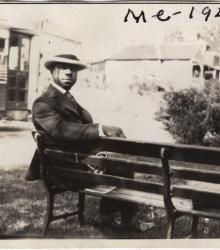 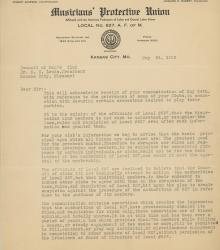 Letter from Musicians' Protective Union, Local 627 President William Shaw to Dr. Milton C. Lewis, President of the Council of Men's Clubs. Shaw on behalf of the Local No. 627 believe that despite the current depression, the current wages for musicians as set by the union are "not exhorbitant [sic]".