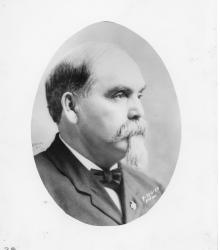 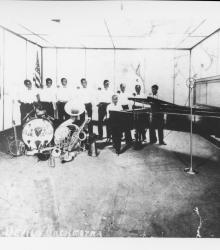 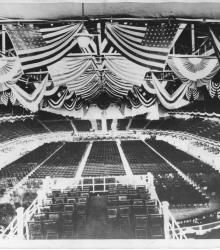 Interior of the Convention Hall in downtown Kansas City, Missouri. This hall was once located on the north side of 13th Street between Wyandotte Street and Central Street. It was razed after the completion of the Municipal Auditorium in 1935. 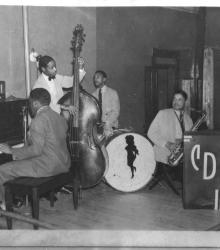 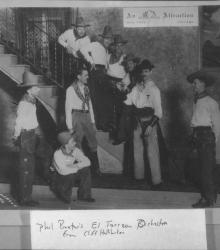 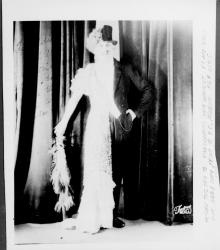 The Half and Half entertainer, half man and half woman, posed for full-length portrait at Dante's Inferno in Kansas City, Missouri. Mr. Half-and-Half would regularly perform there as a singer, comedian, and impersonator, ca. 1935. Source: Ida Minturn. 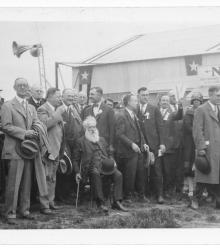 Lou Holland standing by a seated Ike Morrell at Kansas City's air mail dedication at Richards Field, May 1926. 94-year-old Morrell was a guest of honor, the oldest postmaster in the state, from Notch, MO. Richard's Field was located at the southeast corner of Gregory Boulevard and Blue Ridge Boulevard in Raytown, Missouri.

"After Her Sponsor Thought It Was in the Bag" 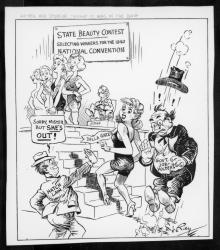 Editorial cartoon by S. J. Ray entitled "After Her Sponsor Thought It Was in the Bag", no date. The drawing shows a depiction of "Hatch Law" stopping "Della Gates" and her sponsor "Government Jobholders" from joining other winning delegates in the 1940 National Convention. Source: Vivian Fredericks. 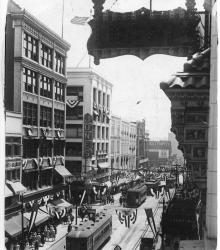 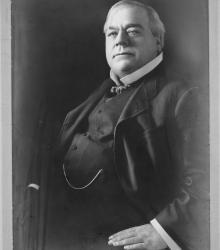 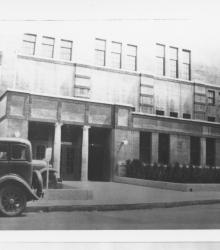 Exterior view of back entrance to Pla-Mor Ballroom, once located at 3142 Main Street, no date. Source: Art McClure/Jennie Bell Peters. 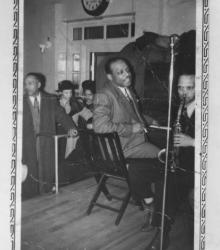 Circa 1937 photograph of Count Basie (piano) and Herman Walder (saxophone) at Street's Blue Room, part of the Street Hotel at the northeast corner of The Paseo and 18th Street. Source: Herman Walder.