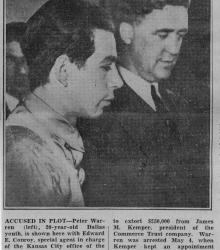 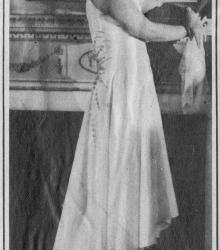 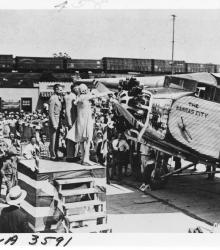 From Albert P. Newell to Ellison A. Neel 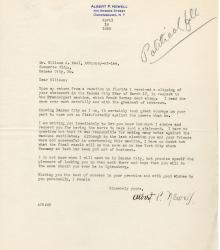 Letter from Albert P. Newell to Ellison A. Neel regarding Neel's statement regarding the Pendergast machine in a recent Kansas City Star. Newell writes that "it took great courage on your part to come out so flat-footedly against the powers that be," and states that he is confident the machine will be overturned. 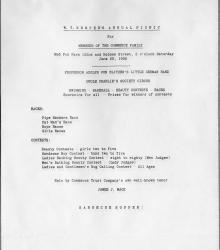 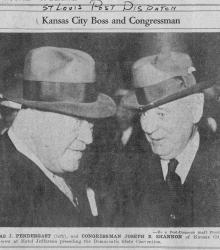 Clipping from the St. Louis Post-Dispatch on March 28, 1932 entitled "Kansas City Boss and Congressman" and with caption stating, "Thomas J. Pendergast (left), and Congressman Joseph B. Shannon of Kansas City in a pow-wow at Hotel Jefferson preceding the Democratic State Convention." 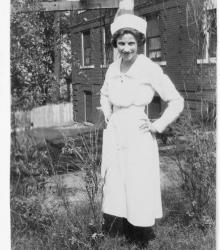 Photograph of nurse Hilda Fielder (later Mrs. Lawrence Williams) standing under an arbor in the grounds of The Willows Maternity Hospital. 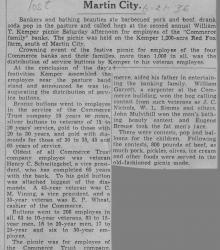 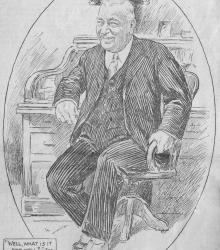 Clipping from an article on Tom Pendergast entitled "Portrait of 'The Boss'" in the Kansas City Star on February 28, 1932. This drawing depicts Thomas J. Pendergast sitting at his desk at Jackson County Democratic Club at 1908 Main Street, Kansas City, Missouri. 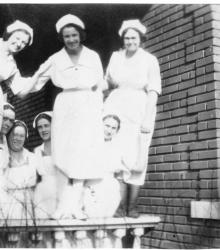 Voting in 25th Precinct of the 4th Ward During 1936 Election 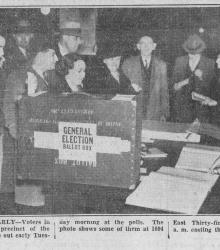 Clipping entitled "Cast Votes Early" from the Kansas City Journal-Post on November 3, 1936 showing Kansas Citians voting at various polling locations on General Election Day. The caption states, "Voters in the twenty-fifth precinct of the Fourth ward were out early Tuesday morning at the polls. 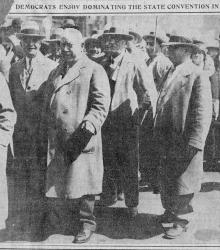