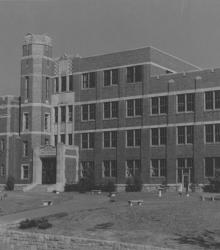 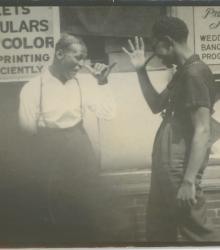 10" 78-rpm recording of "Hootie Blues", a blues dance by Jay McShann and Charles (Charlie) Parker with Walter Brown singing and accompanied by Jay McShann And His Orchestra. Matrix number: 93731A; Catalog number: 8559 B. 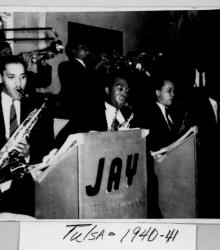 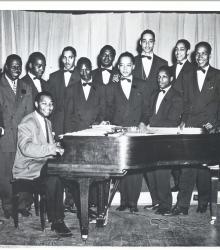 Jay McShann Orchestra posing for a photo in the Century Room, located in Kansas City, Missouri. McShann is sitting at the piano. 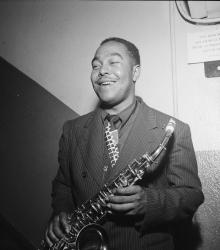 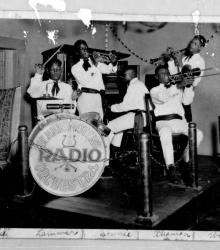