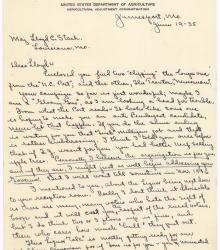 Letter from Paul N. to Lloyd C. Stark, prior to Stark's election as governor. He provides election advise, such as not coming out as an anti-Pendergast candidate, and keeping liquor away from his reception room "as there are many, many voters who hate the sight of booze and it will cost you the respect of the rural voters." 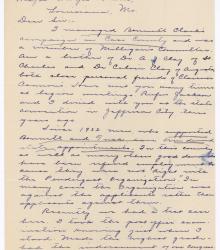 Letter from Dr. Grover Clay asking Lloyd Stark to intercede on his behalf to Jim Pendergast, and assure supporters of other candidates that they will not be punished for it. 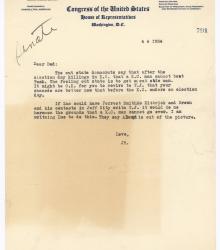 Letter from Ralph F. Lozier, Jr. to his father Ralph F. Lozier. Ralph, Jr. informs Ralph, Sr. that James P. Aylward is "out of the picture" for the U.S. Senatorial race and that he should once again inform T. J. Pendergast of his desire to run for U.S. Senate. 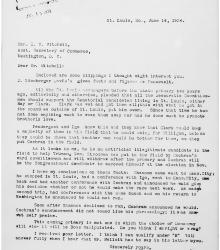 Letter from G. H Foree to Ewing Young Mitchell, Jr. on June 14, 1934. Foree speculates how the current field of U.S. Senate candidates for Missouri formed and who will win at election. He comments, "This coming primary is not one in which the choice of Democracy will win- it will be Boss manipulated." 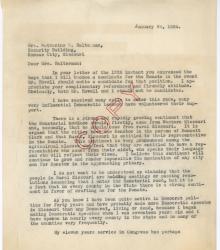 Letter from Ralph F. Lozier to Katherine W. Halterman. Lozier informs Katherine that in the event Charles M. Howell did not run for Senate, T. J. Pendergast said that he would support Lozier in his campaign for the Senate. He then provides an analysis of the Missouri campaign for U.S. 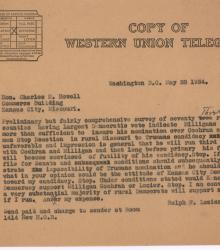 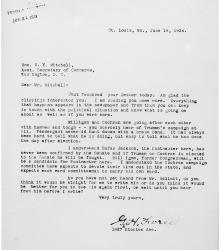 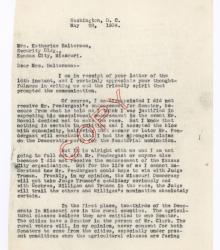 Letter from Ralph F. Lozier to Katherine W. Halterman in which he expresses his regret that Pendergast retracted his support for Lozier's U.S. Senate candidacy. He comments that, "the Missouri Democracy will not take Judge Truman's candidacy seriously," and believes that Jacob L. "Tuck" Milligan will win. 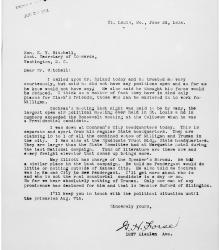 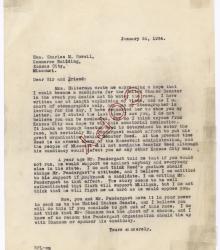 Letter from Ralph F. Lozier to Charles M. Howell in which Ralph explains why Charles should drop out of his Senate campaign race so that Ralph may enter with Pendergast's support. 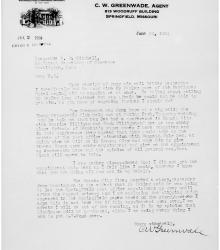 From J. L. Milligan to Guy B. Park 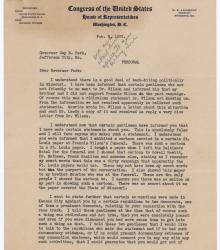 Letter from Jacob L. Milligan to Guy B. Park discussing political "back-biting" in Missouri surrounding the funeral of Francis Wilson.