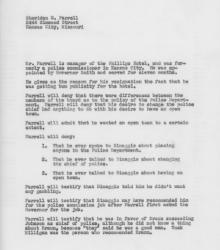 Summary of the testimony that Sheridan E. Farrell, manager of the Philips Hotel and former police commissioner, is expected to provide. 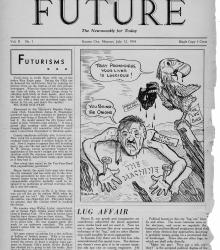 Issue of the anti-corruption, Kansas City-based newspaper, Future: The Newsweekly for Today. The front page includes an article, continued on page 8, about the “lug,” “an involuntary or forced contribution to something a luckless employee isn’t nearly as interested in” as his and his family’s own welfare. Other featured articles include “T. J. 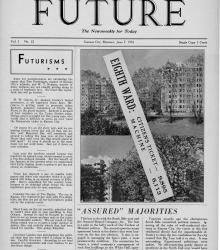 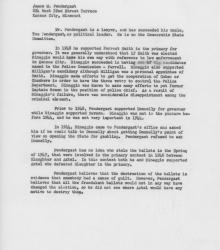 Memorandum regarding James M. Pendergast, nephew of Kansas City political boss Tom Pendergast. The document discusses his involvement in the 1948 election of Forest Smith as Missouri governor, with the understanding that Smith would allow crime boss Charles Binaggio to have greater influence over the Kansas City police board of commissioners.

From Rufus B. Burrus to Jack Alexander 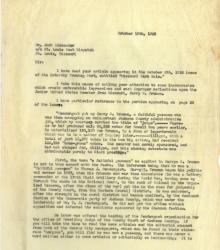 Letter from Rufus B. Burrus to Jack Alexander, a St. Louis Post Dispatch writer who had written an article critizing Senator Harry S. Truman entitled "Missouri Dark Mule". Burrus responds to accusations that Truman is a Pendergast "yes-man" and that he won because of voter fraud. 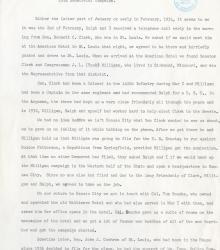 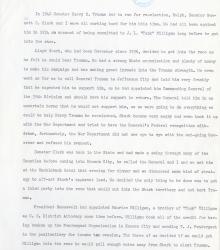 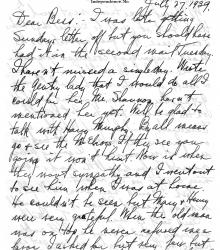 Letter from Harry S. Truman in Washington D.C. to his wife Bess in Independence, Missouri. In this letter, Truman updates Bess on his day and then provides details on Clark and Truman's political maneuvering: "Clark said he was to see Tuck [Jacob] Milligan yesterday and that he'd rub a little salt on Stark. 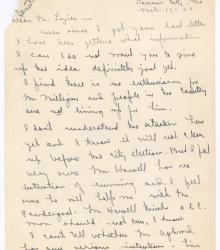 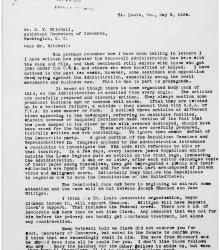 Letter from G. H. Foree to Ewing young Mitchell, Jr. on May 9, 1934. Foree warns of Republican attacks on the Democratic administration in power and requests information concerning candidates for U.S. Senator in Missouri. 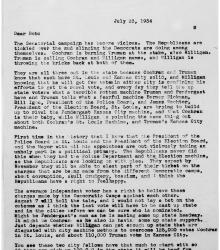 Letter from an unknown author (possibly Martin J. Collins of St. Louis, Missouri) to "Bob" on July 23, 1934, regarding the U.S. Senate race in Missouri. The author comments that Harry S. Truman, John J. Cochran, and Jacob L. Milligan are all campaigning to undecided voters in upstate, rural Missouri.