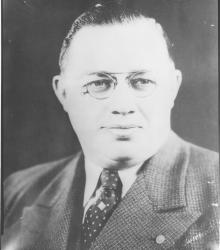 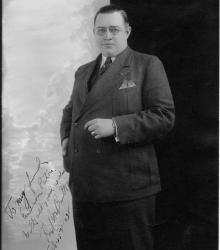 Full body portrait of H. Roe Bartle. He inscribes on the photo, "To my friend Emerson Paton, With all good wishes, H. Roe Bartle, Feb. 25th, 1938." 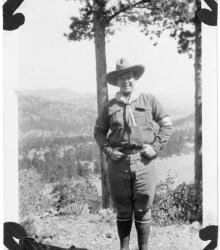 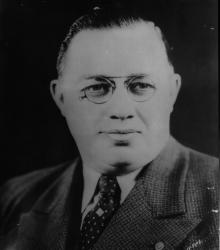 H. Roe Bartle was an expansive man. Everything about him was unrestrained: his booming voice, his adherence to the Boy Scout code of conduct, and the enthusiasm with which he served as mayor. Bartle's service with the Boy Scouts took him and his family to Wyoming, St. Joseph, and finally here as the Executive of the Kansas City Area Council in 1929. His accomplishments included establishing the elite Tribe of Mic-O-Say in 1925 and acquiring the Ozark acreage for Camp Osceola (now named the Roe Bartle Reservation) in 1929. Under Bartle, nicknamed "Chief," Boy Scouting in the area flourished and earned nationwide recognition.