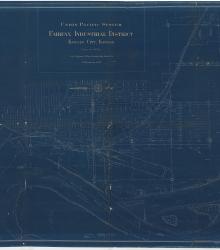 Blueprint map of the Fairfax Industrial District in Kansas City, Kansas, showing Union Pacific Railroad facilities, tracks, and other properties, as well as depicting features of the Missouri and Kansas Rivers and mapping city streets and the rail lines of other companies. 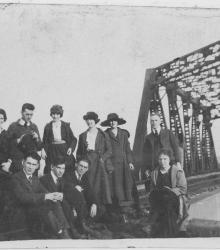 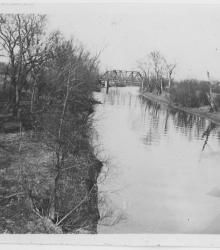 Photograph of the Blue River north of St. John Avenue. The picture was taken looking northeast towards the Missouri Pacific Railroad bridge during a hike to Jesse James Cave on the Missouri River bluff near Sugar Creek, Missouri.