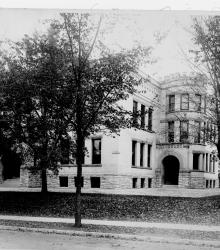 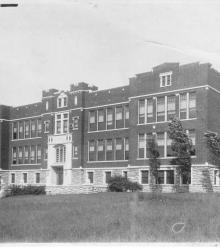 Photograph of the Van Horn School, located to the east of the intersection of 37th Street and Wyoming Street. The school was named for Robert T. Van Horn, early Kansas City pioneer. 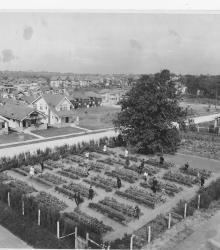 Photograph of the Sanford B. Ladd School students attending to the school garden. This vantage point faces northwest from atop the southwest corner of the original Ladd School building (before the 1922 addition). The houses at 3624, 3626, and 3630 Bellefontaine Avenue are pictured to the left. 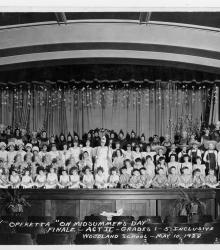 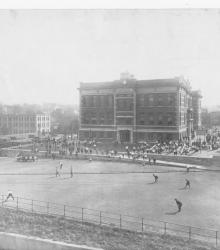 Photograph with a distant exterior view of the Morse Public School, showing students outside with playground equipment and playing a game of baseball. The school was named after S. F. B. Morse, American inventor. This vantage point faces south-southeast from the northeast corner of 21st Street and Charlotte Street. 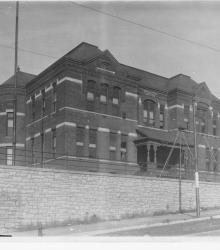 Photograph of the Webster School located at the northwest corner of Wyandotte Street and 17th Street. The school opened in 1886 and closed in 1933. It was named after statesman Daniel Webster. This vantage point faces northwest from the northeast corner of 17th and Wyandotte. 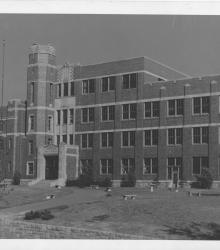 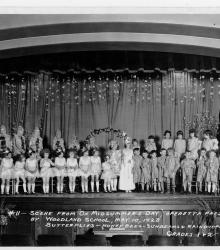 Board of Directors, Officers, and Superintendent, The School District of Kansas City, Mo. 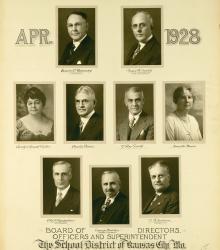 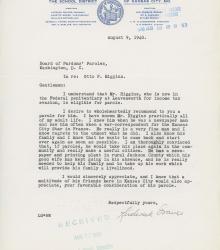 Letter from Ludwick Graves regarding the parole of Otto P. Higgins, Inmate #55996-L.

From John B. Gage to Harry S. Truman 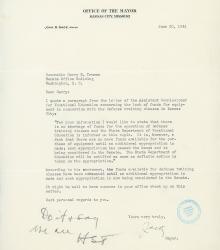 Letter from Kansas City, Missouri Mayor John B. Gage to Senator Harry S. Truman. Gage informs Truman that funds to purchase equipment for vocational training in federal defense manufacturing are not available until the Senate passes an appropriation for such purpose.

From H. H. Vaughan to John B. Gage 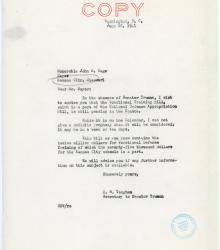 Letter from H. H. Vaughan on behalf of Senator Harry S. Truman to Kansas City, Missouri Mayor John B. Gage. Vaughan informs Gage that the Vocational Training Bill is still pending in the Senate. This bill in part affords $75,000 to the Kansas City Public Schools for vocational training in federal defense manufacturing.