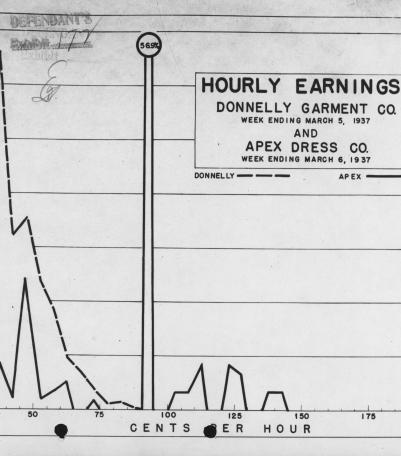 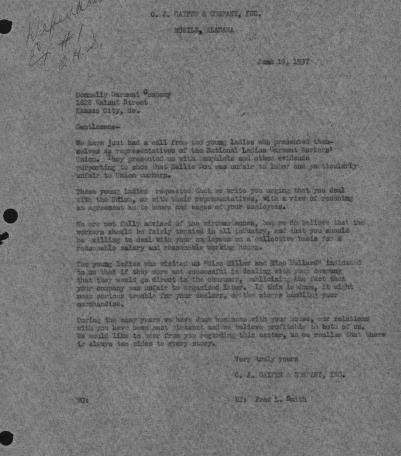 A letter from Fred L. Smith of C. J. Gayfer & Company, Inc., Mobile, Alabama to the "Gentlemen" at Donnelly Garment Company (DGC). Upon receiving literature criticizing the DGC from the International Ladies' Garment Workers' Union (ILGWU), Smith urges DGC "to deal with your employees on a collective basis for a reasonable salary and reasonable working hours." Else, Smith warns that the ILGWU will make their accusations public, which would potentially force retailers to withdraw DGC products. 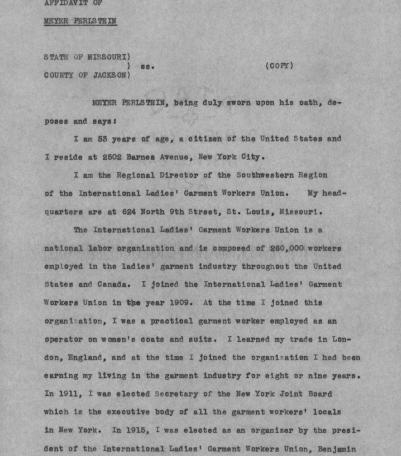 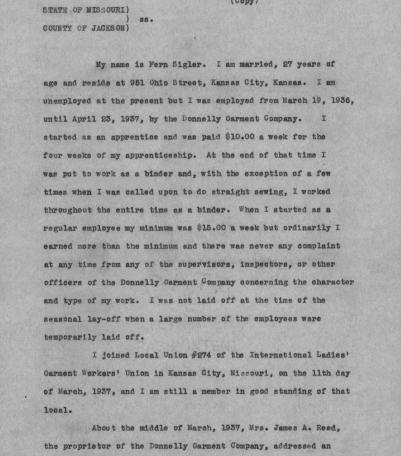 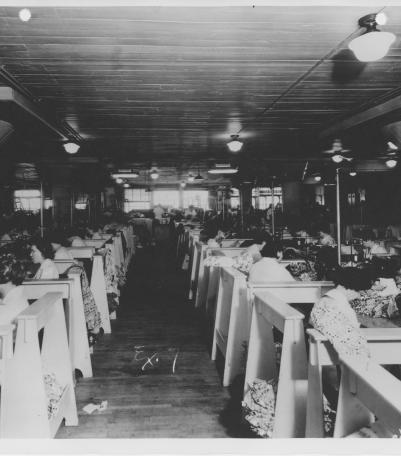 Photograph of the sewing department at The Donnelly Garment Company in the Corrigan Building at 1828 Walnut, Kansas City, Missouri. 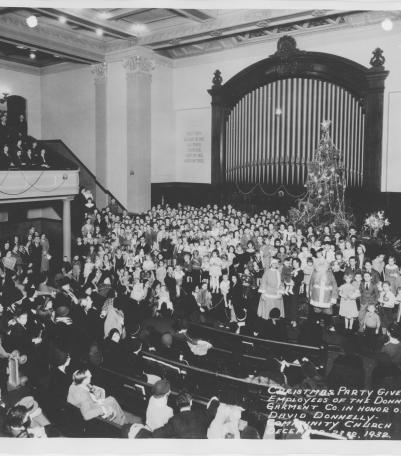 Photograph of a Christmas party given by the employees of the Donnelly Garment Company in honor of David Donnelly at the Kansas City Community Church on December 23rd, 1932. 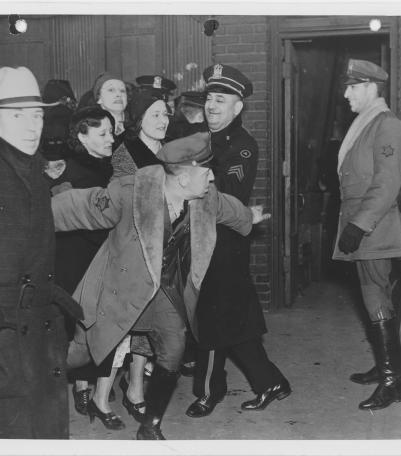 Photograph of a police officers restraining protesters at a demonstration on March 17, 1937 by the International Ladies Garment Workers Union. This image was captured outside of the Gordon Brothers Garment Company, Gernes Garment Company, and Missouri Garment Company building at 2617 Grand Avenue (now Grand Boulevard), Kansas City, Missouri. The sit-in turned into a riot as violence began between garment company workers, union protesters, and police. This photograph was taken near the back entrance of the building by Kansas City Journal-Post newspaper photographer George Cauthen. 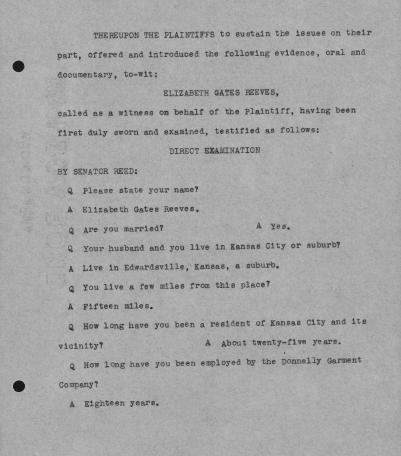 An excerpt of the examination of Elizabeth Gates Reeves by Senator James A. Reed. Reeves, an employee of the Donnelly Garment Company, is shown a series of 27 photographs by Reed and is asked to describe details about the pictures. These included photographs include exterior and interior shots of the Corrigan Building at 1828 Walnut, Kansas City, Missouri, occupied at the time by The Donnelly Garment Company beginning in 1928. Pictured are company parties, employees, and equipment. 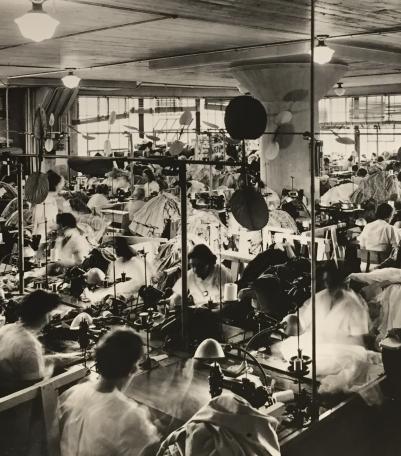