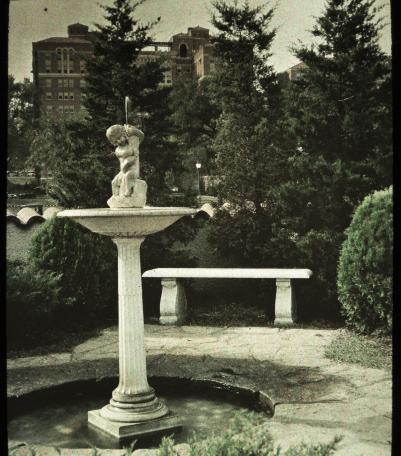 An autochrome photograph of a fountain in the Country Club Plaza near the intersection of Alameda Road (now Nichols Road) and Wyandotte Street. This vantage point faces south towards the Riviera Apartment Hotel. 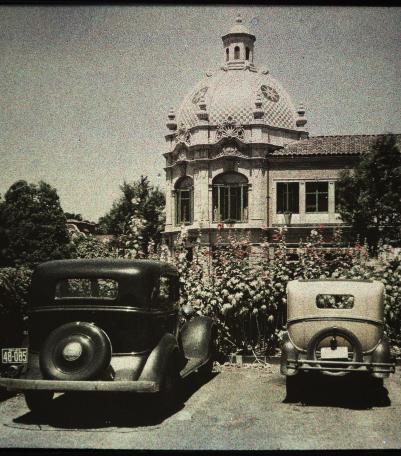 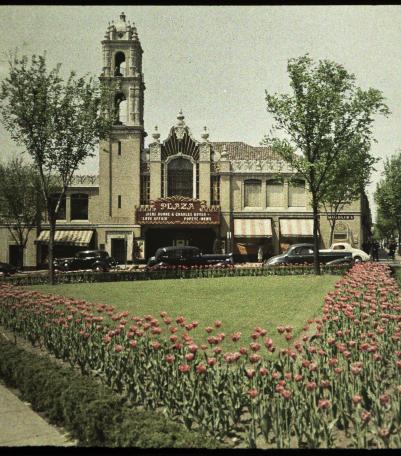 An autochrome photograph of tulips growing in front of the Country Club Plaza Theater, taken from the east.

Fountain at Alameda Road and Broadway 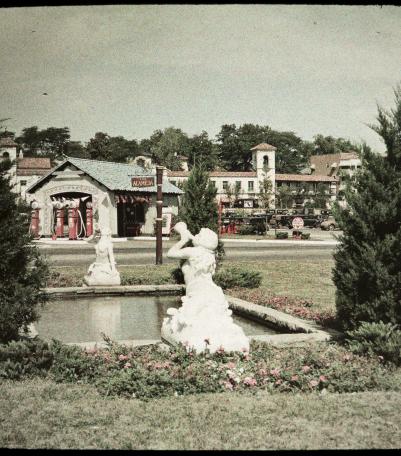 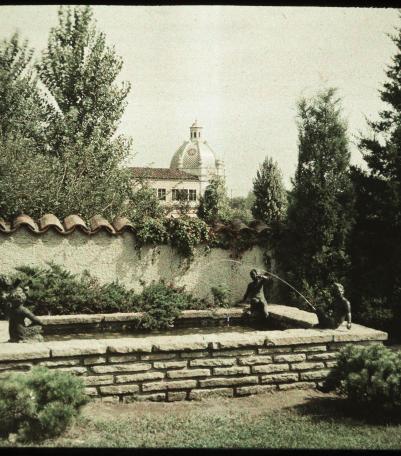 An autochrome photograph of a fountain in the Country Club Plaza on Broadway between 47th Street and Alameda Road (now Nichols Road). This vantage point faces east towards the dome at the northeast corner of Central Street and Alameda.

Author:
Mary Frances Ivey
University of Kansas
Jesse Clyde (“J.C.”) Nichols was a nationally renowned city planner in Kansas City from the first decade of the 20th century to the 1950s, whose legacy has come under intense scrutiny for his practices of racial redlining and segregation. Among his mixed legacies are several subdivisions in suburban Kansas City, the Country Club Plaza, and the national spread of deed restrictions and homeowner associations