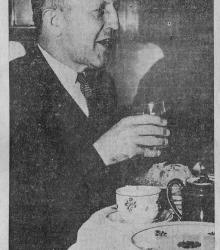 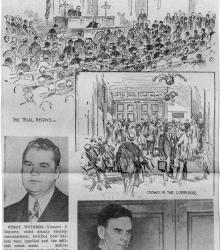 Clipping from the Kansas City Times on February 16, 1937 showing drawings and photographs from the 1936 Election Vote Fraud Trial. Included are depictions of the courtroom, evidence, and corridor outside of the courtroom. Vincent J. Doherty (Chief Deputy Election Commissioner), Fred M. 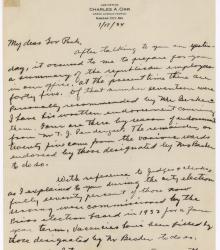 Letter from Chas. A. Orr to Guy B. Park discussing Republican employees in his law office and listing their recommendations and endorsements, as well as noting that current judges and clerks were primarily commissioned by the prior election board. 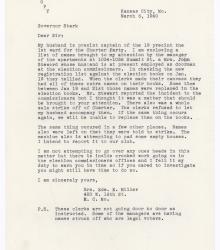 Letter from Mrs. Edw. E. Miller to Governor Lloyd C. Stark regarding inconsistent voter registrations related to the Charter Party. She writes: "The machine also is attempting to pad some empty houses." 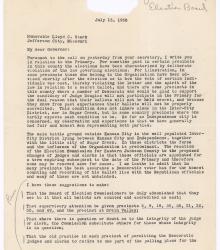 Letter from Burns Strader to Governor Lloyd C. Stark regarding the upcoming Missouri Supreme Court primary. He writes that "the elections have been characterized by deliberate violation of the law governing elections," and offers suggestions for cleaning up the process. 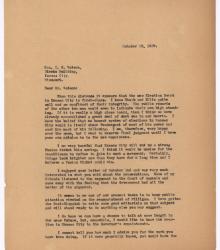 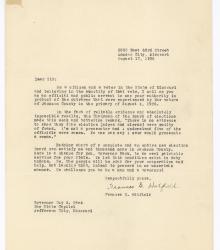 Letter from Frances Hatfield of Kansas City to Governor Guy Park urging him to investigate reports of election fraud during the recent primary in Kansas City. 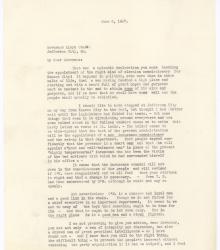 First page of a multi-page letter to Governor Lloyd Stark, encouraging him to remove R. Emmet O'Malley from his position as Insurance Commissioner. 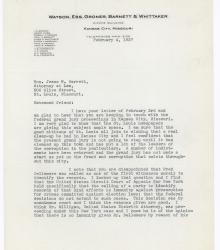 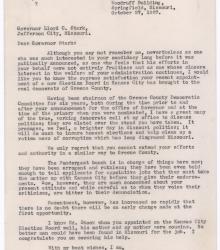 Letter from Chas. W. Dickey to Governor Lloyd C. Stark, describing the influence of the Pendergast machine in Greene County, and lauding his work in cleaning up state politics.

Memorandum and Analysis Concerning Registration of Voters in Kansas City 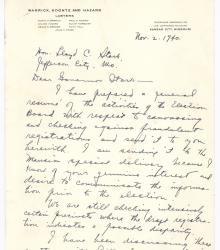