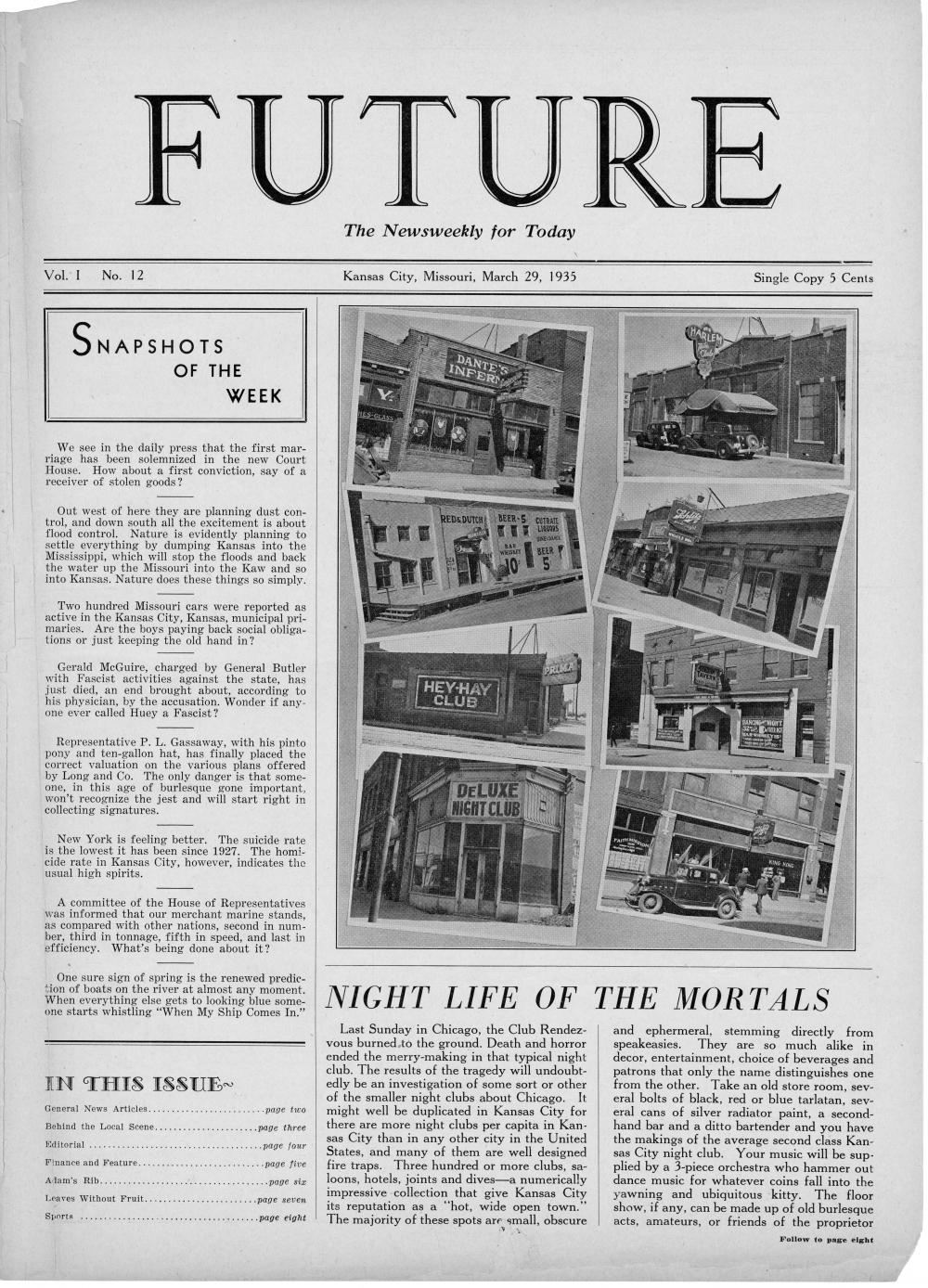 Issue of the anti-corruption, Kansas City-based newspaper, Future: The Newsweekly for Today. The front page includes an article, continued on page 8, about the high number of night clubs in Kansas City (“more … per capita than in any other city in the United States”) and their status as jazz music venues as well as fire hazards, and including photos of Dante's Inferno, the Harlem Nite Club, the Red & Dutch club, the Hey-Hay Club, the Wiggle Inn, the King Kong, the Dump, and the DeLuxe Night Club, etc., with brief descriptions of others including the Sportsman Club and the Chesterfield Club. Other featured articles include: “One Place the Machine Failed” (p. 2), photo and article about C. Whit Pfeiffer, "secretary of the charity bureau" and "[p]erhaps the man most responsible for the high level that relief work has been carried on in Kansas City and Jackson county," and describing lack of influence by the Pendergast machine in the favorable "distribution of Federal Emergency Relief Administrations funds" to Kansas City during the Great Depression; “May We Present Henry D. Ashley” (p. 5), portrait and biographical article about Henry Ashley, a prominent local lawyer and former "president of the Park Board," as well as co-founder of the "Country Day School" with A. Ross Hill and facilitator of the location of the Kansas City Art Institute on "A. R. Meyer's estate"; also included in the newspaper are advertisements for local businesses and articles on fashion, finance, cooking, music, art, letters to the editor, and national and international news.